Etymology: Named for its production of pyristriatins A and B.

Notes: Cyathus pyristriatus closely resembles C. striatus (Huds.) Willd. 1787 in the account of shaggy or fluffy yellowish-brown or buff hairs of peridium, distinctly plicate inner peridium, while peridioles are greyish-brown to dark grey. Based on morphological comparison between C. striatus and C. pyristriatus the latter has smaller basidioma and also smaller ellipsoid basidiospores. However, peridioles are covered with a distinctive minutely greyish to greyish-brown hairs, while peridioles of C. striatus are smooth. Remarkably, C. striatus was reported producing pale to dark pigments from basidiomata, which vary in size (Kuo 2014; Wood and Stevens 2015). An initial BLAST search of the ITS nucleotide sequence from NCBI database (http://www.ncbi.nlm.nih.gov/) gave the closest hit to a Cyathus striatus strain (EU784194) with a maximum similarity of 94.5 % (Brock et al. 2009). The BLAST search of the LSU nucleotide sequence of C. pyristriatus resulted in a high degree similarity of 98.8 % (DQ071742) with C. striatus (Garnica et al. 2007). Illustrates the phylogenetic relationships of C. pyristriatus, C. striatus, and other Cyathus species. The ITS based phylogenies clearly depict that our new taxon belongs to the genus Cyathus. A close affinity between C. pyristriatus and C. stercoreus collected from China, is also noted with high support. Cyathus stercoreus, however, differs in having a smooth surface of inner peridium and larger globose to oval basidiospores (Zhao et al. 2008). The ex-type culture of the new species also produces novel terpene alkaloid antibiotics named pyristriatins, which have never been found in Cyathus, despite the fact that this genus has been evaluated intensively for secondary metabolites for several decades (Richter et al. 2016). 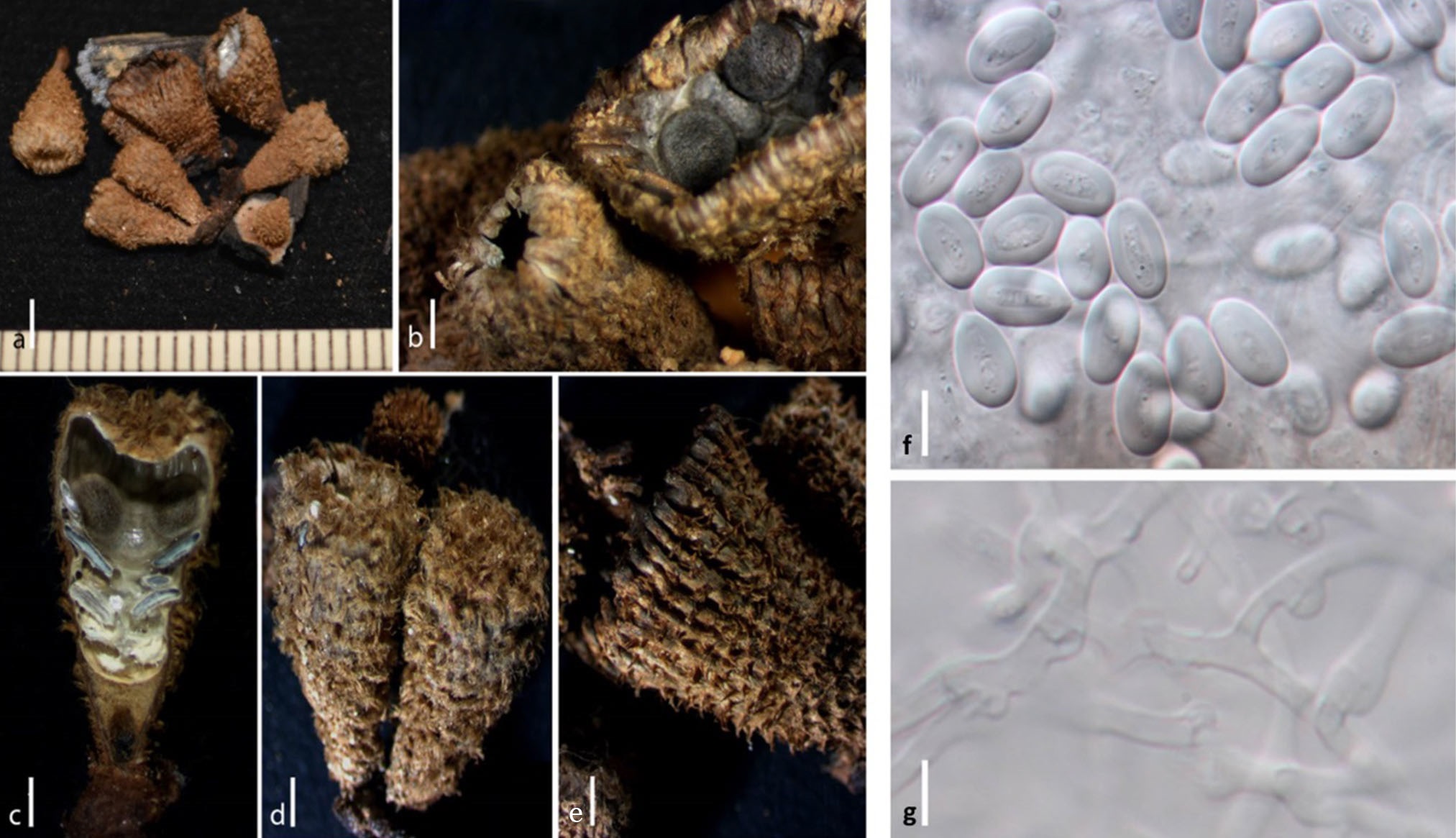 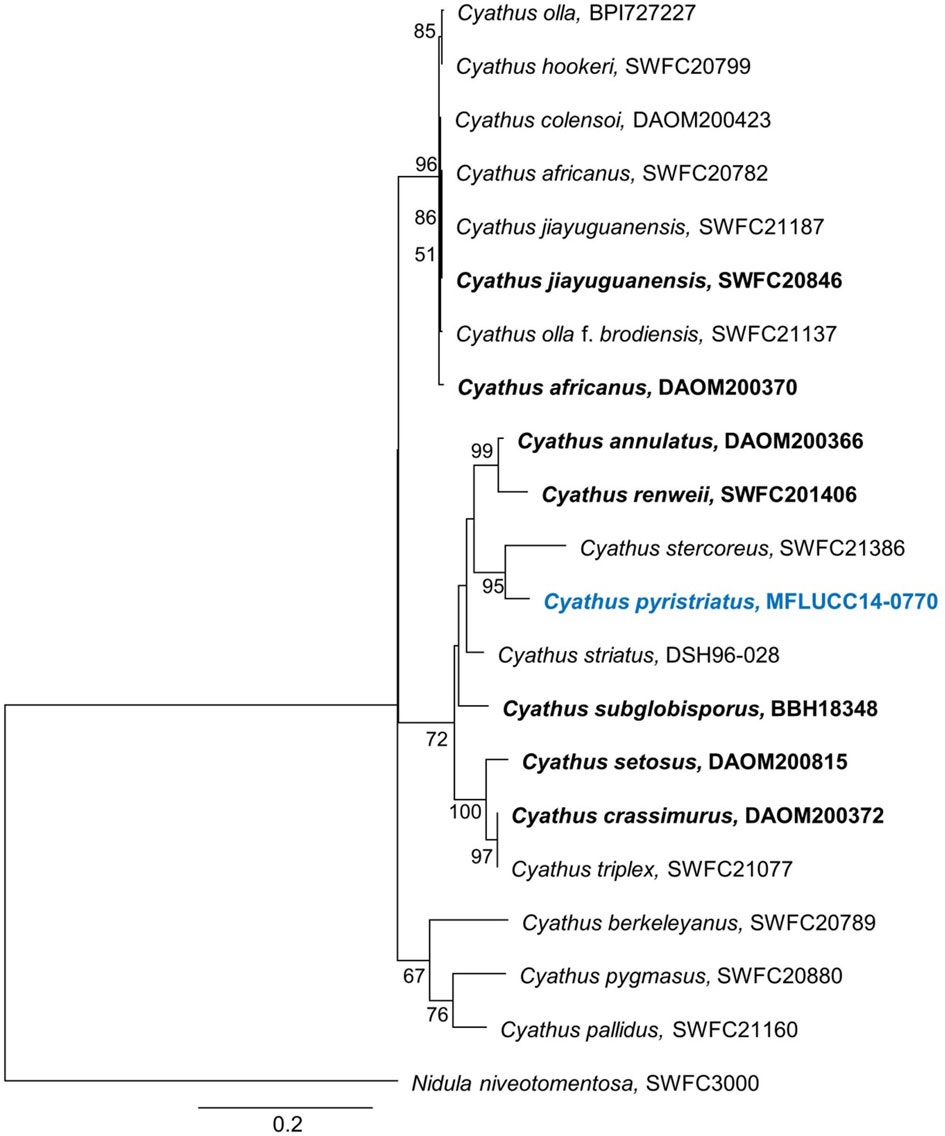 Phylogenetic tree generated with RAxML (GRT GAMMA) based on ITS sequence data aligned with MAFFT. Bootstrap values higher than 50 % are shown. The sequence of the holotype strain is in bold. The tree is rooted with Nidula niveotomentosa SWFC3000. Species names are followed by strain numbers. Ex-type strains are highlighted in bold and new isolates are in blue