Annulatascales comprises a single family Annulatascaceae and currently five genera are confirmed with molecular data (Zhang et al. 2017a; Fig. 3). The phylogenetic relationship of this family is inferred mainly using LSU gene data as ITS and SSU genes are available for only a few taxa. More genes generated from fresh collections are needed to clarify the phylogenetic relationships of Annulatascales species. Paoayensis clustered in Annulatascaceae in our phylogenetic analyses, but we consider that it should not belong to this family because of its 2–6- spored asci and absence of large ring, which is different from familial concept of Annulatascaceae, and its weak bootstrap support in Annulatascaceae. The placement of Annulatascus nilensis (phylogenetically distant from other Annulatascus species) also warrant further investigations (Fig. 3). Fresh collections of this taxon are also needed. The divergence time for Annulatascales has been estimated as 112 MYA (Fig. 2). Currently there is one family and 11 genera in this order (this paper). 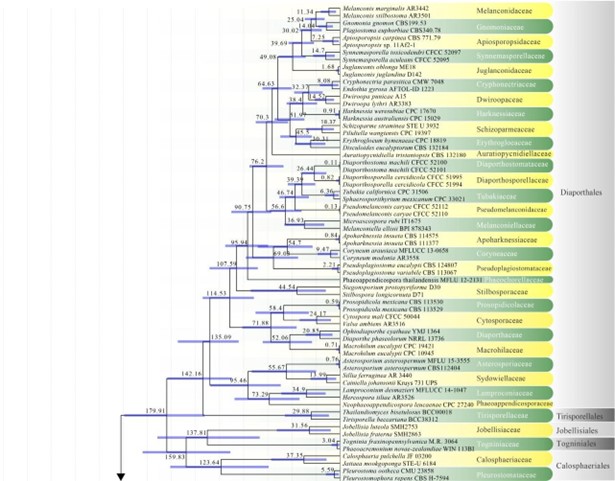 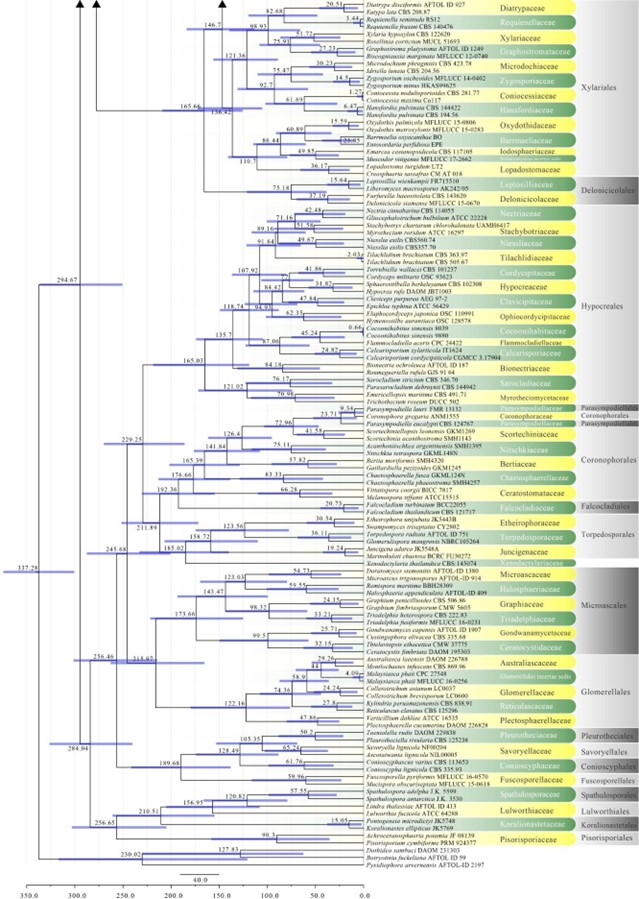 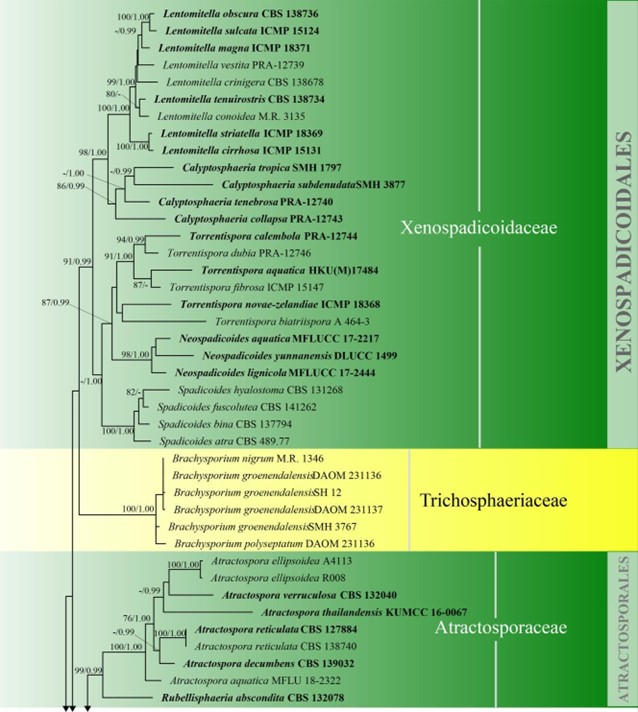 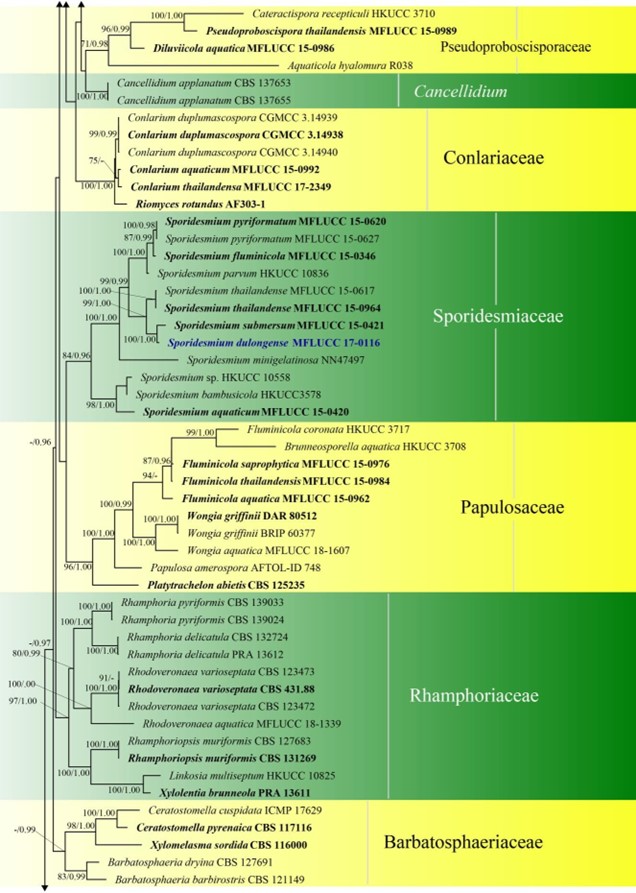 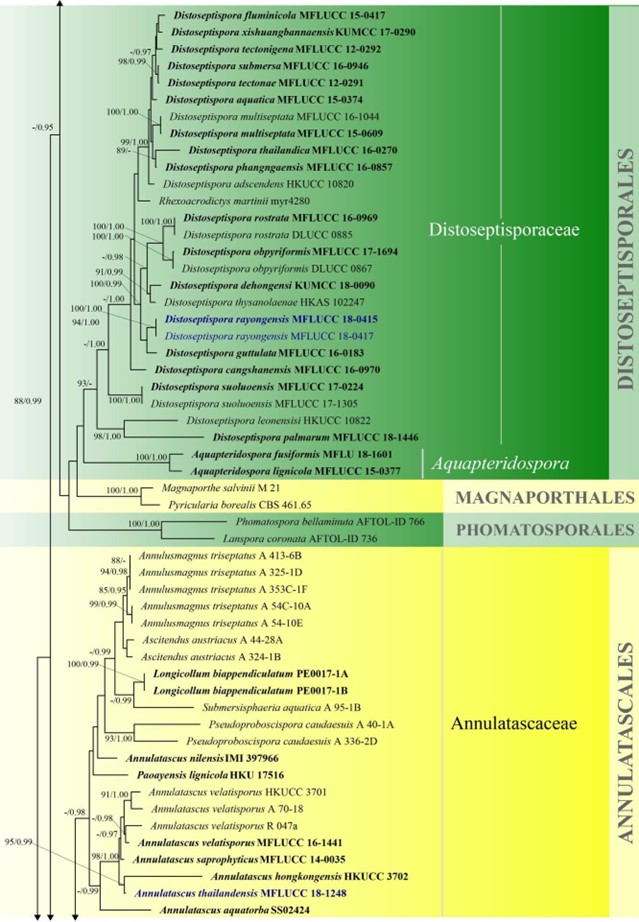 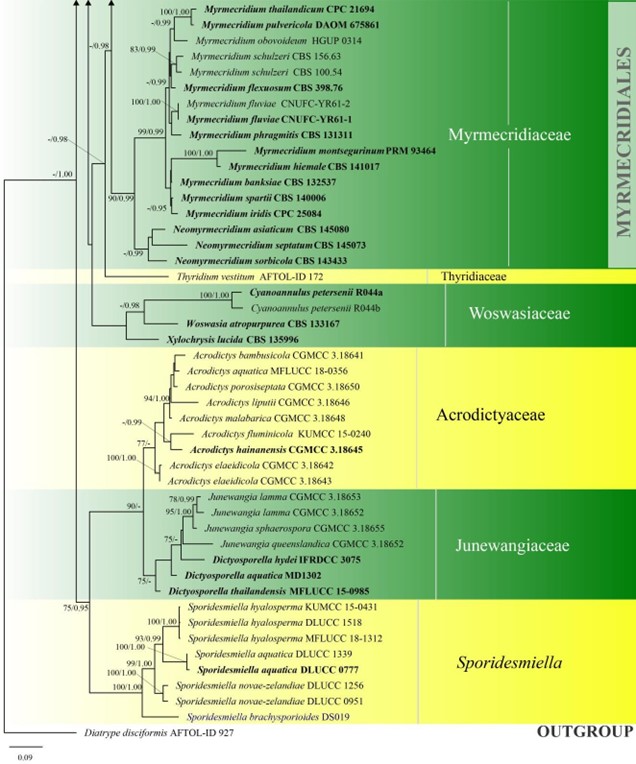