Notes: Alternaria was introduced by Nees (1816) and is a ubiquitous fungal genus that includes saprobic, endophytic and pathogenic species associated with a wide variety of substrates (Woudenberg et al. 2013). Recent studies based on DNA data as well as literature reviews revealed multiple paraphyletic genera within the Alternaria complex, and Alternaria species clades that do not always correlate to species-groups based on morphological characteristics (Woudenberg et al. 2013). Based on the combined gene analysis of GAPDH, RPB2 and TEF1, Woudenberg et al. (2013) concluded that the Alternaria clade contains 24 internal clades and six monotypic lineages, the grouping of which are recognised as Alternaria and thus synonymised Allewia, Brachycladium, Chalastospora, Chmelia, Crivellia, Embellisia, Lewia, Nimbya, Sinomyces, Teretispora, Ulocladium, Undifilum and Ybotromyces under Alternaria senso stricto Furthermore, Woudenberg et al. (2013) treated 24 internal clades in the Alternaria complex as sections. Our phylogeny based on ITS, GAPDH, LSU, RPB2 and TEF1 sequences (Fig. 1) is displayed, as these are the genes with the best resolution similar with Woudenberg et al. (2013), which is maintenance of a recent proposal for the taxonomic treatment of lineages in Alternaria.

Fig 1. RAxML tree based on a combined dataset of ITS, LSU GAPDH, RPB2 and TEF1 of 114 strains representing the Alternaria-complex. Bootstrap support values for maximum likelihood greater than 50% and Bayesian posterior probabilities greater than 0.90 (green) are indicated below or above the nodes. Pleospora herbarum is the out group taxon. The original isolate numbers are noted after the species names. Newly generated strains in this study are indicated in red. 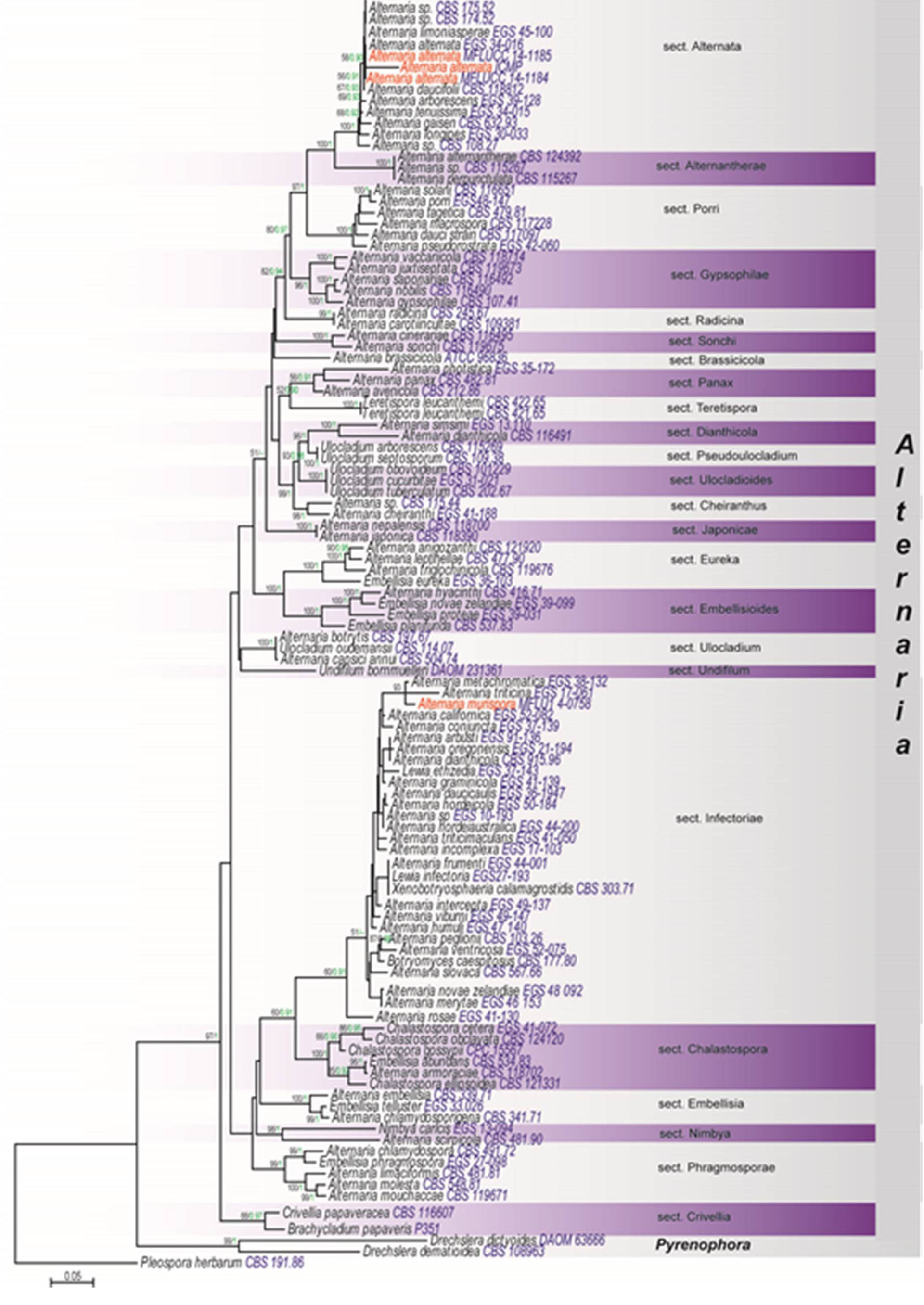