Etymology: refers to the similarity to Agaricus langei in morphology

Habitat and distribution: solitary or scattered in small group on soil with excrements next to a chicken coop. Known only from Thailand.

Notes: The phylogenetic analysis shows that this new species is sister to the species, but did not allow us to classify these two red staining new species in any known sections containing species exhibiting such a trait (sections Agaricus, Bivelares, Brunneopicti, Chitonioides, Nigrobrunnescentes, and Sanguinolenti subsections Bohusia and Sylvatici). Samples ZRL3012 and ZRL2136 have been included into the phylogenetic analysis but not named in our previous study (Zhao et al. 2011), and the results showed they were clustered together and loosely related to A. bohusii Bon, which is a red discoloring species from section Sanguinolenti subsection Bohusia (Parra 2008). In present study these two species form a clade with same topology as before. Extensive sampling and DNA sequences from other genes will be necessary to know if this clade would belong to one of the sections listed above or represents a new section. This species is distinct by its strong blood red discolouring on cutting and capitate cheilocystidia. Compared with the red staining species from the sections listed above, the new species is morphologically highly similar to A. langei (F.H. Møller) F.H. Møller of the section Agaricus because both have light brown scales on the pileus, a pilleipellis that remains undisrupted at the disc, and similar sized spores. However, A. pseudolangei has capitate cheilocystidia, while those of A. langei are pyriform. Agaricus pseudolangei has wide ellipsoid spores, Qm=1.27, while A. langei has ellipsoid to elongate ellipsoid spores, Qm=1.67. In addition, the distance between the two species in the tree confirms that they are not phylogenetically closely related. In section Sanguinolenti, A. depauperatus (F.H. Møller) Pilátis (also has light brown squamules on the pileus), however, this species has larger basidiospores (7–9.6×4–6 μm) than those of A. pseudolangei, and its pyriform cheilocystidia also differ from those of A. pseudolangei. This new species also similar to A. benesii (Pilát) Pilát and A. sylvaticus Schaeff which both exhibit a strong reddish discoloring on cutting and can have a light brown or even a pure white cap (Parra 2008), however these known species have clavate cheilocystidia with 1–2 septa at base which is completely different from the new species. 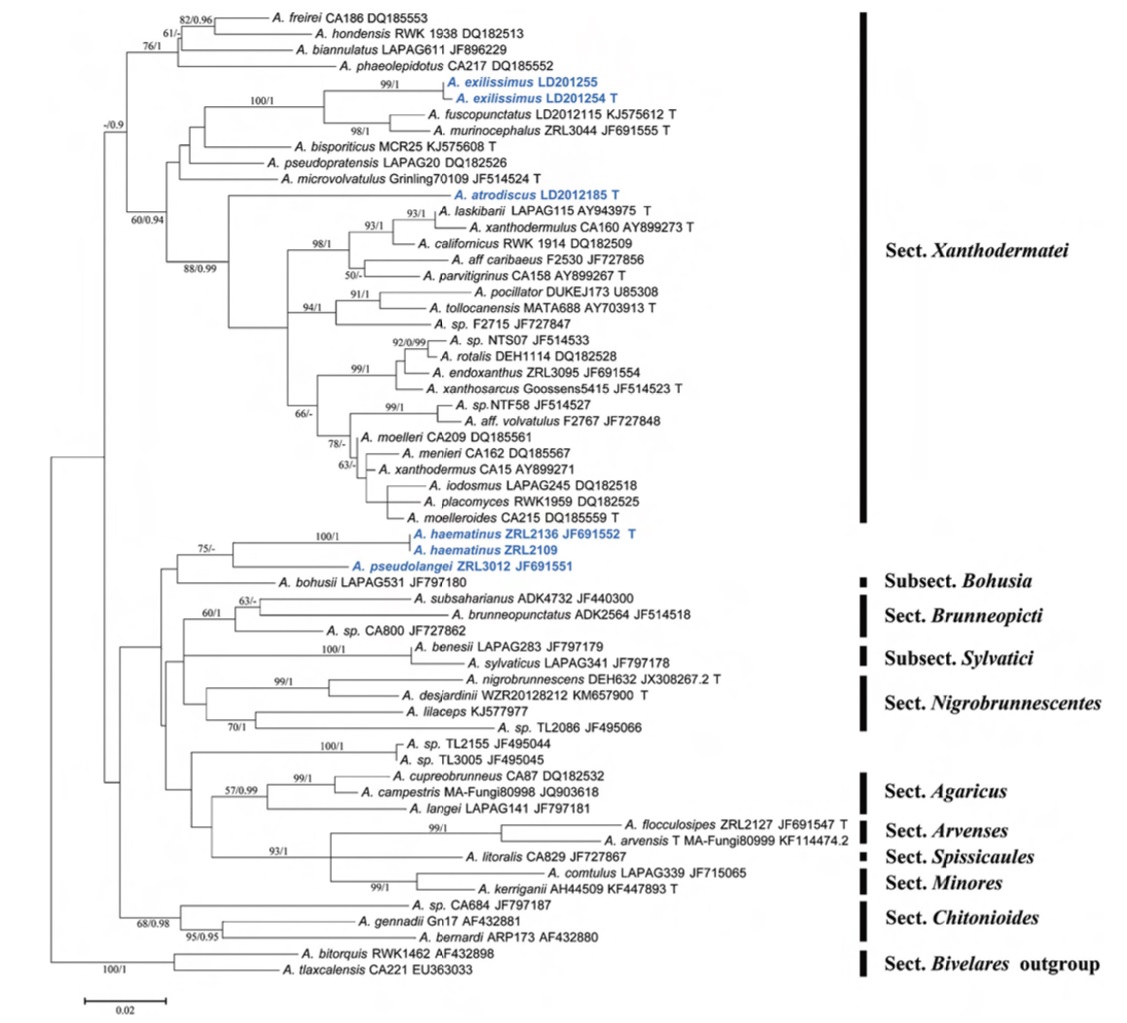 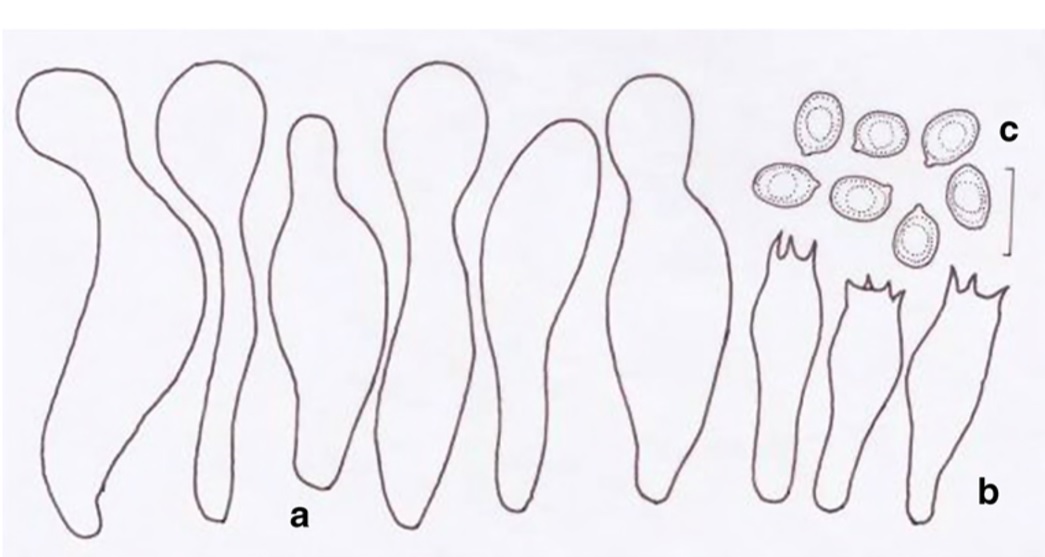