Habit, habitat and distribution: as a group, usually on manure or wood chips, May to August. Our collection was collected on cow manure at Hanthana Mountains Range, Peradeniya.

Notes: This is widely distributed in North America and this is the first report of L. cretaceus with molecular phylogenetic confirmation from Sri Lanka. 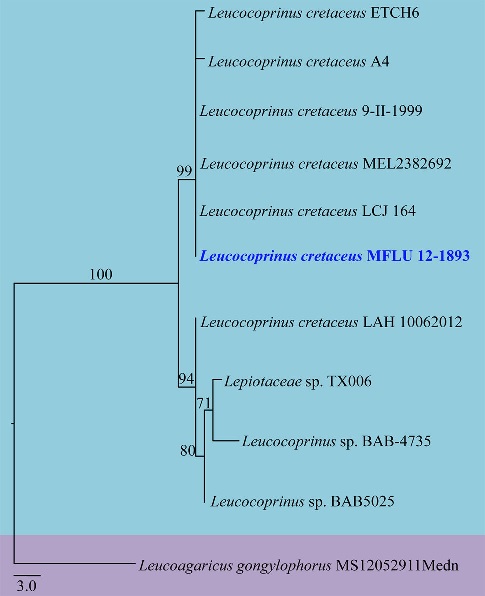 Phylogenetic relationships inferred from maximum parsimony analysis of ITS-rDNA sequences of 11 taxa. The percentages of replicate trees in which the associated taxa clustered together in the bootstrap test (1,000 replicates) are shown next to the branches. The tree is drawn to scale, with branch lengths in the same units as those of the evolutionary distances used to infer the phylogenetic tree. The new Sri Lankan record: Leucocoprinus cretaceus having GenBank accession number KY649466 and herbarium number MFLU 12-1893 (ITS-rDNA) is shown in bold and blue. The topology is rooted with Leucoagaricus gongylophorus. Evolutionary analysis was conducted in PAUP 4.0b 10. 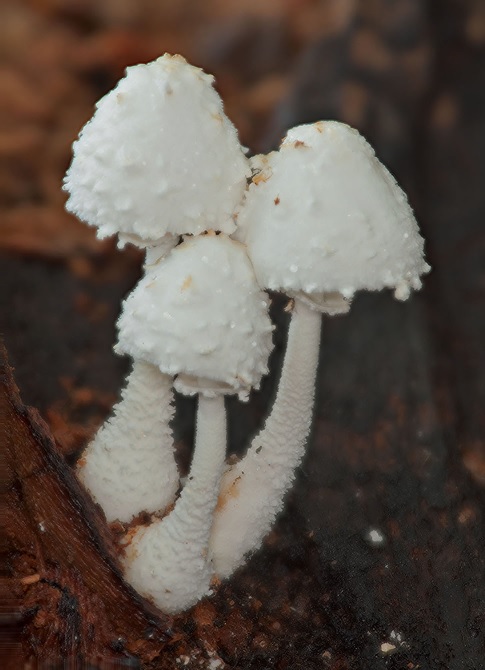 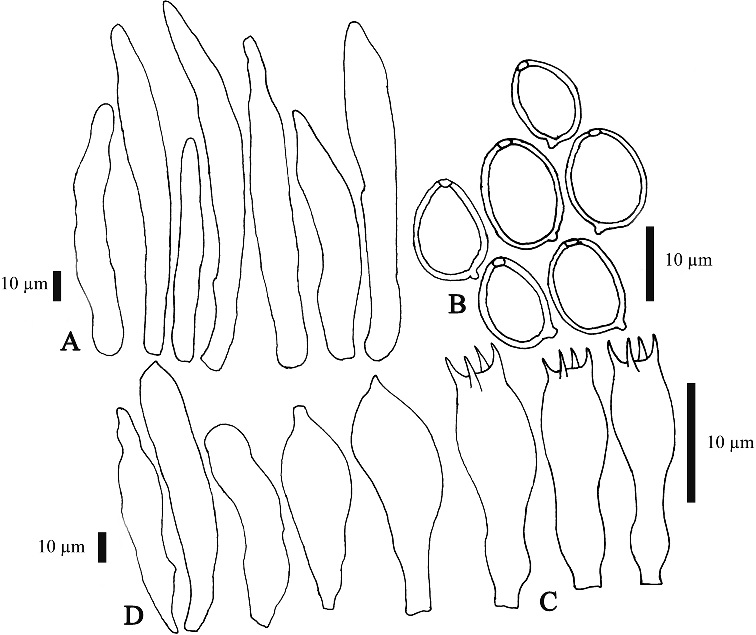