Fig. 1 A Bayesian 50%majority rule consensus tree based on combined  dataset of LSU, SSU and TEF1 alignments. Bootstrap support values for maximum likelihood (ML, blue) and maximum parsimony (MP, green) equal or greater than 60 % are given above the nodes. Bayesian posterior probabilities (BYPP, red) equal or higher than 0.95 are given below the nodes. Hysterium angustatum (CBS 123334, CBS 236.34) was selected as an outgroup taxon. Ex-type strains are in bold. Newly generated sequences are in red and the type species are indicated in blue. 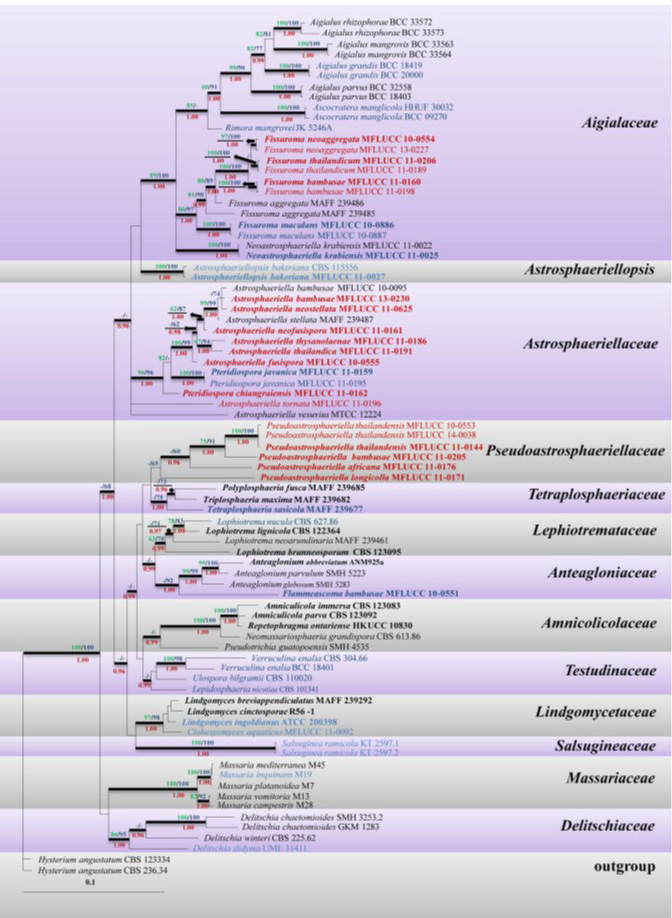 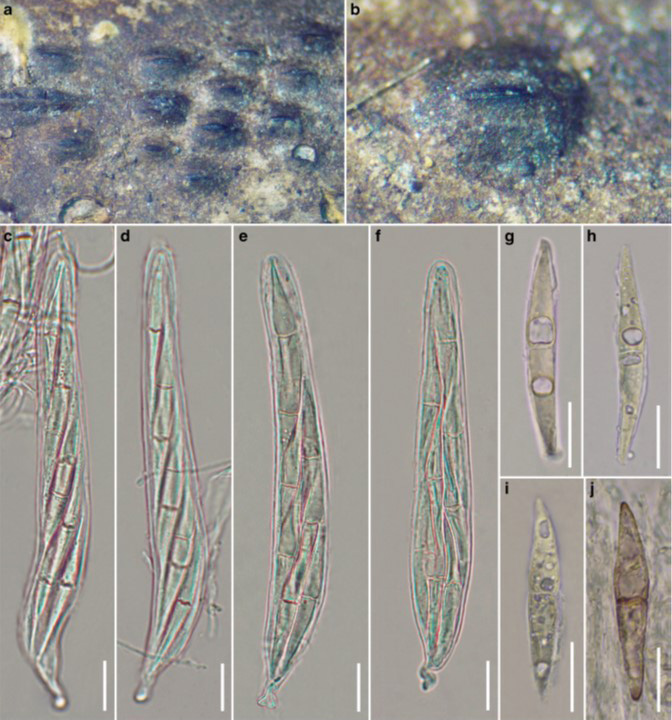