Culture characteristics: on PDA, at 25 °C, cultures are initially white and later turn yellowish with sporangia formation. The colony reached 84 mm in diam. after 4 days of incubation.

Notes: The morphological characteristics of Mucor irregularis (MFLU yyy) described here show similarity to the original description given by Zheng and Chen (1991), as Rhizomucor variabilis which has later been synonymized to M. irregularis in Alvarez et al. (2011). The sporangia, sporangiospores and columellae MFLUCC yyy are comparatively smaller than M. irregularis, described by Zheng and Chen (1991) as sporangia; 20–38 μm vs (23.5–) 35–106 μm in diam., sporangiospores; 3–7 × 1.5–3 μm vs 2.5–11.5 (–16.5) × 2–7 μm and columellae; 13.5–30 × 12.5–29 μm vs 23.5– 71× 26–82.5 μm. In contrast to M. irregularis described in Zheng and Chen (1991), highly variable shapes of columellae and sporangiospores were not observed in MFLUCC yyy. These dimensional and shape differences may have been occurred due to the variations of agar medium and the conditions used to obtain the cultures. To the best of our knowledge, this is the first report of M. irregularis on a fruiting body of Pleurotus sp. as a fungicolous fungus. 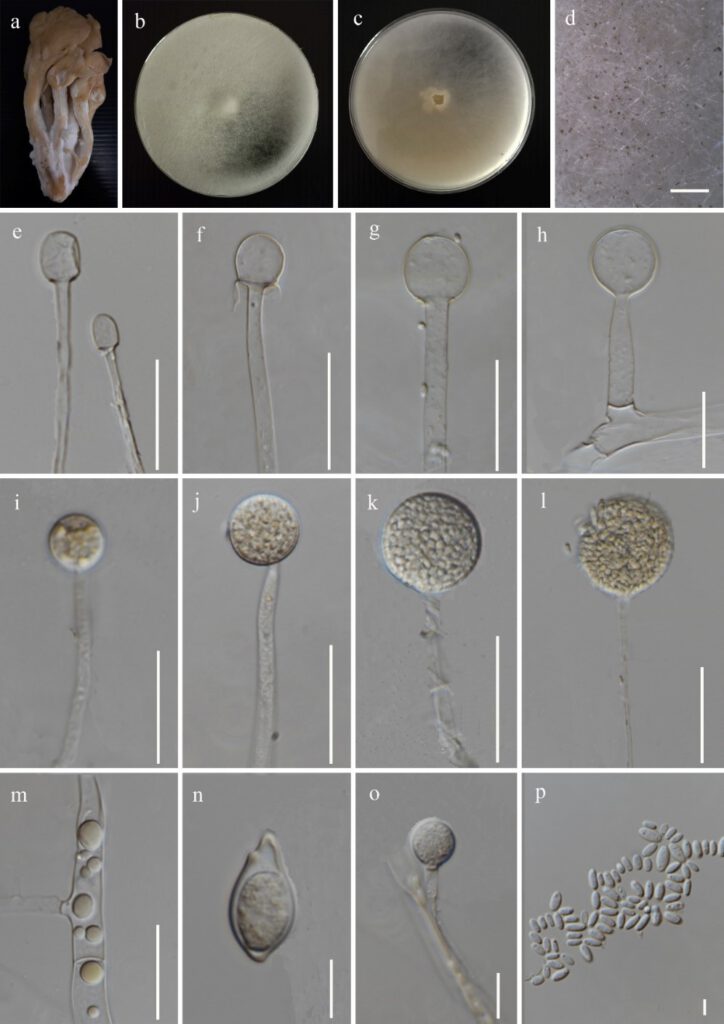