Notes – Racodiaceae was introduced with a single genus. Members of this family are found on inclined to vertical siliceous rocks in recesses where it is cool with no direct rain, but high humidity, and with a temperate/subboreal distribution (Hawksworth et al. 2011, Nimis et al. 2018). Phylogenetic analyses based on the type species Racodium rupestre showed that it forms a distinct clade as genus incertae sedis in Capnodiales (Muggia et al. 2008), and the same result was shown by Crous et al. (2009c) and Ruibal et al. (2009). Racodiaceae was mentioned again to accommodate Racodium in Lücking et al. (2017) and Wijayawardene et al. (2017a). This family is poorly studied. We provide a drawing to show its morphology (Fig. 22). 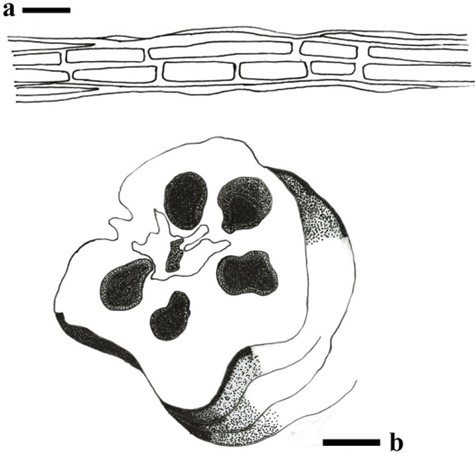