Notes: This species is characterized mainly by the pileus with umbonate or depressed disc, slim stipe, brownish to brown fibrillose scales on the surface of pileus and stipe, small basidiospores, pleurocystidia as chrysocystidia, cheilocystidia mainly with two shapes: fusoid-ventricose and cylindric with subcapitate, the former small and rare with short cells chained at base, the latter often flexuous and at times with branches. 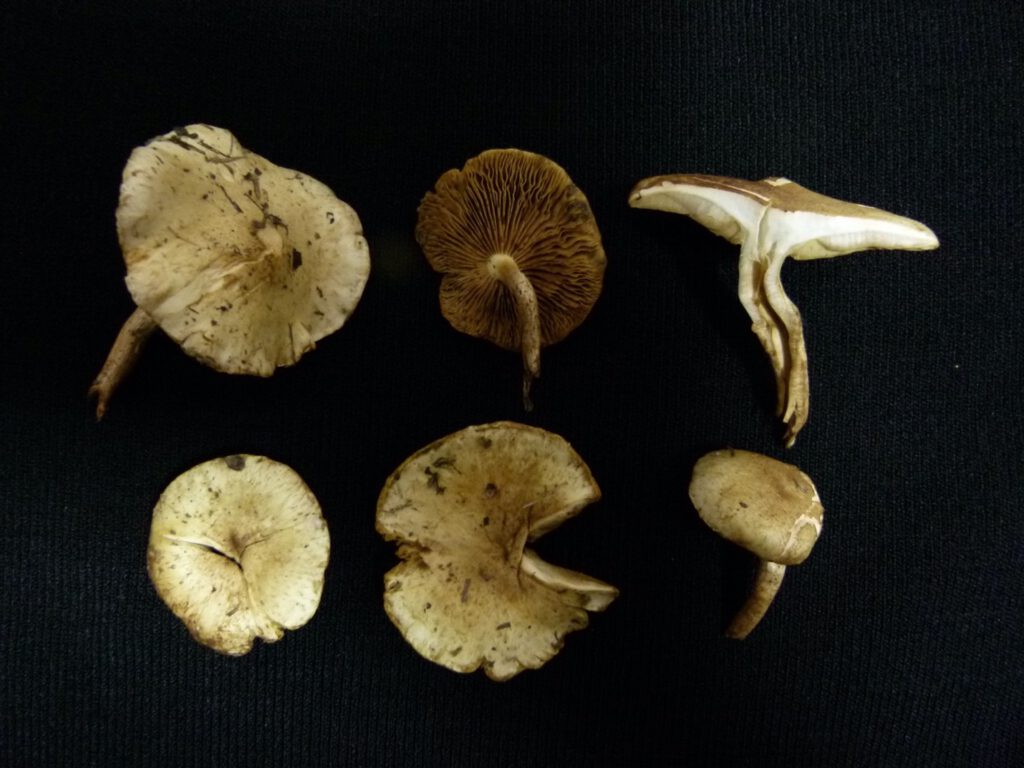 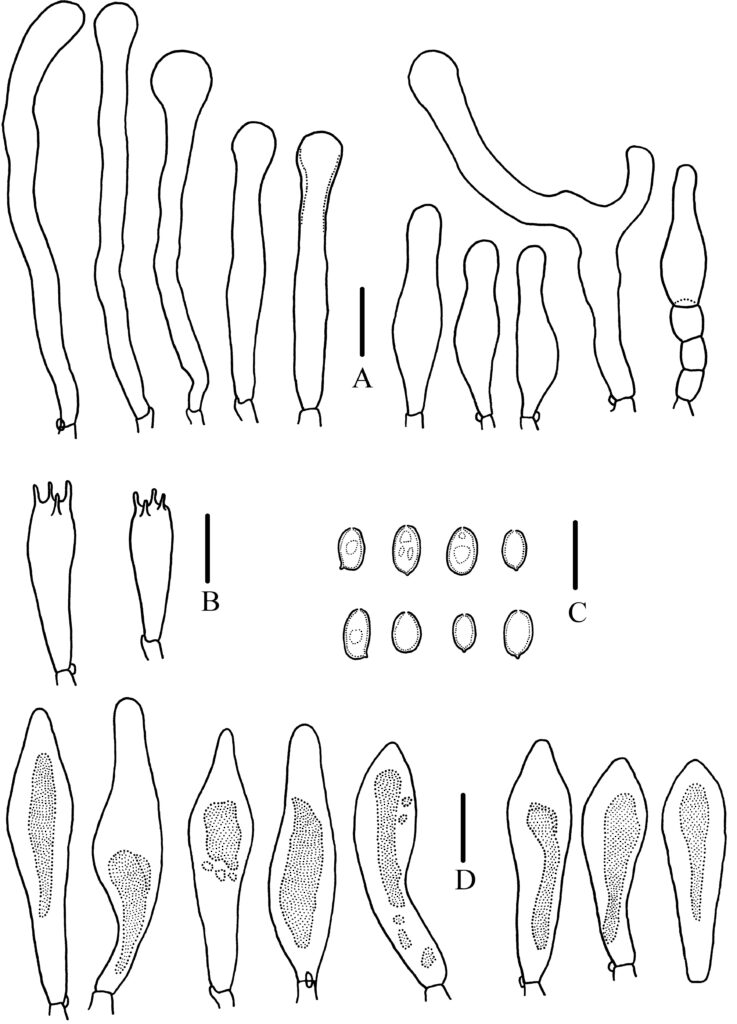