Culture characteristics: Spores were germinated at 25 ℃ after two days. Colonies on PDA growing slowly, reaching 2.2 cm in diameter after 53 days. The colony was pale creamy yellow at center and white at the periphery. It was circular, cotton, slightly raised, with an entire margin and dense mycelia, reverse yellow, with radiation stripes. No pigments were produced in agar. 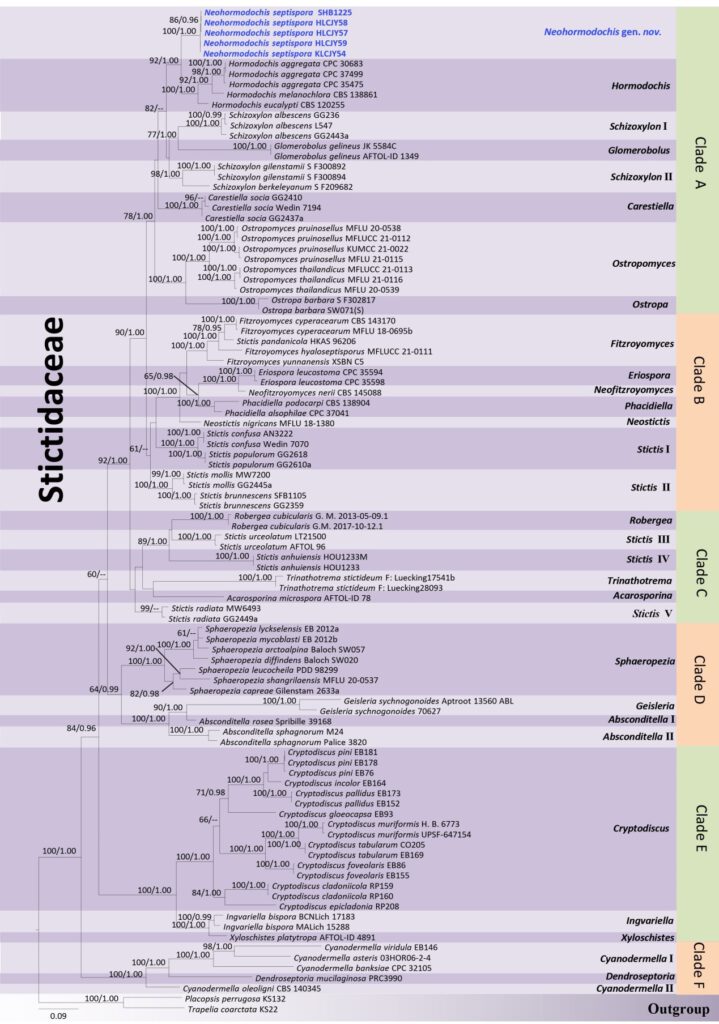 Figure 1. Phylogram generated from a maximum likelihood analysis based on  concatenated ITS, LSU, mtSSU and RPB2 sequence datasets. Bootstrap support (MLBS) equal or greater than 60% and Bayesian posterior probabilities (PP) equal or higher than 0.95 are given above the nodes. Generic names are noted in the right side. Newly generated sequence are highlighted in blue bold font. 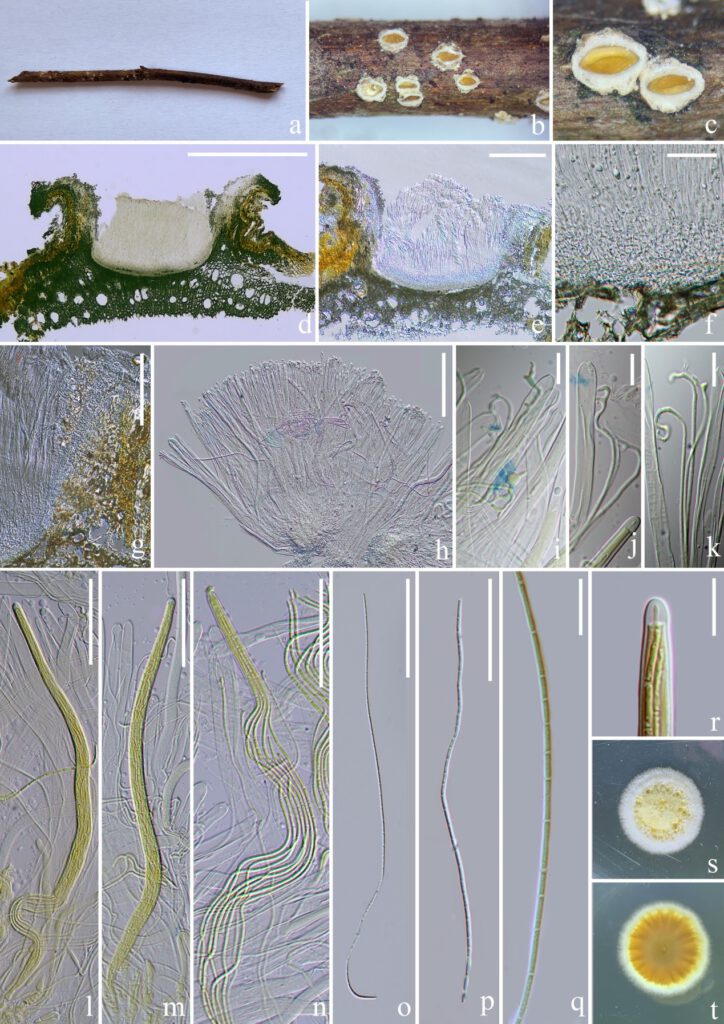