Etymology: The epithet refers to the place “Yunnan Province” where the species was collected.

Culture characteristics: on PDA, at 25 °C, cultures are cottony and white to pale yellow. The colony reached 60 mm diam. after 5 days of incubation. 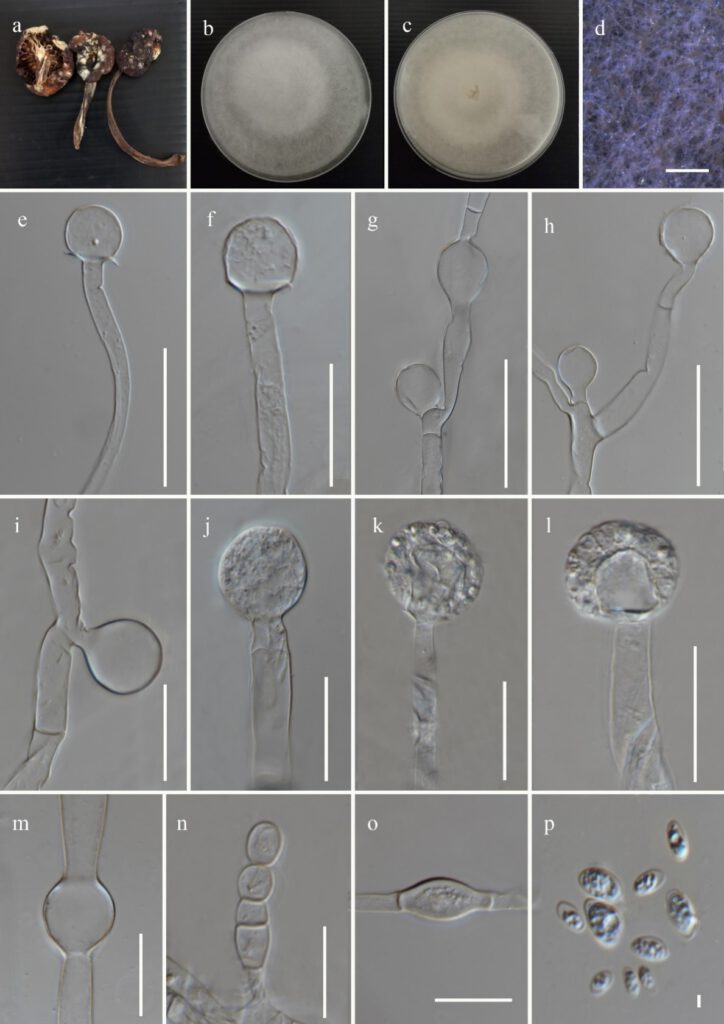