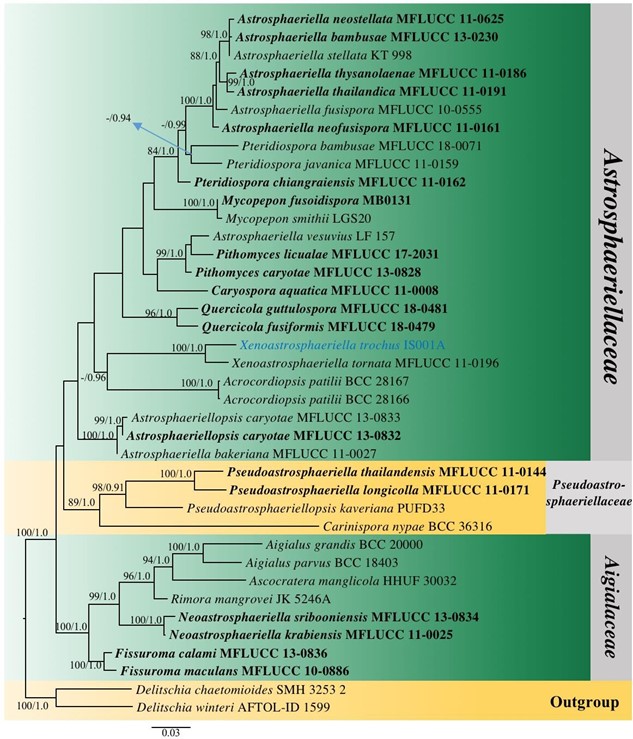 Figure 53 – Phylogram generated from maximum likelihood analysis (RAxML) of genera in Astrosphaeriellaceae based on LSU, rpb-2, SSU and tef1 sequence data. Maximum likelihood bootstrap values equal or above 70 %, Bayesian posterior probabilities equal or above 0.90 (MLBS/PP) are given at the nodes. An original isolate number is noted after the species name. The tree is rooted to Delitschia chaetomioides (SHM 3253.2) and D. winteri (AFTOL-ID 1599). The ex-type strains are indicated in bold. Newly sequence is in blue. Hyphen (-) represents support values below 70 % MLBS and 0.90 PP.