Chemistry: no substances detected by TLC.

Notes: This monospecific genus is characterized by highly unique ascospores, which coincides with its position on a very long branch but with unresolved affinities among the basally diverging clades of the family (Fig. 77). For a long time, Polypyrenula was classified in the families Pyrenulaceae and Requienellaceae (Aptroot 1991; Lumbsch and Huhndorf 2007, 2010; Jaklitsch et al. 2016). However, the paraphysoids are more in line with those of Trypetheliaceae and molecular data recently demonstrated placement of the genus in that family (Miranda-González et al. 2020), a result anticipated in two recent classification papers (Lücking et al. 2017; Wijayawardene et al. 2017a). Miranda-González et al. (2020) also showed that P. sexlocularis is the correct name for the only species, P. albissima Aptroot being an illegitimate, homotypic synonym. The species appears to be found mostly in dry forests across the Neotropics (known from the Caribbean, Mexico and Bolivia) and has likely been overlooked due to the nondescript thallus and ascomata. 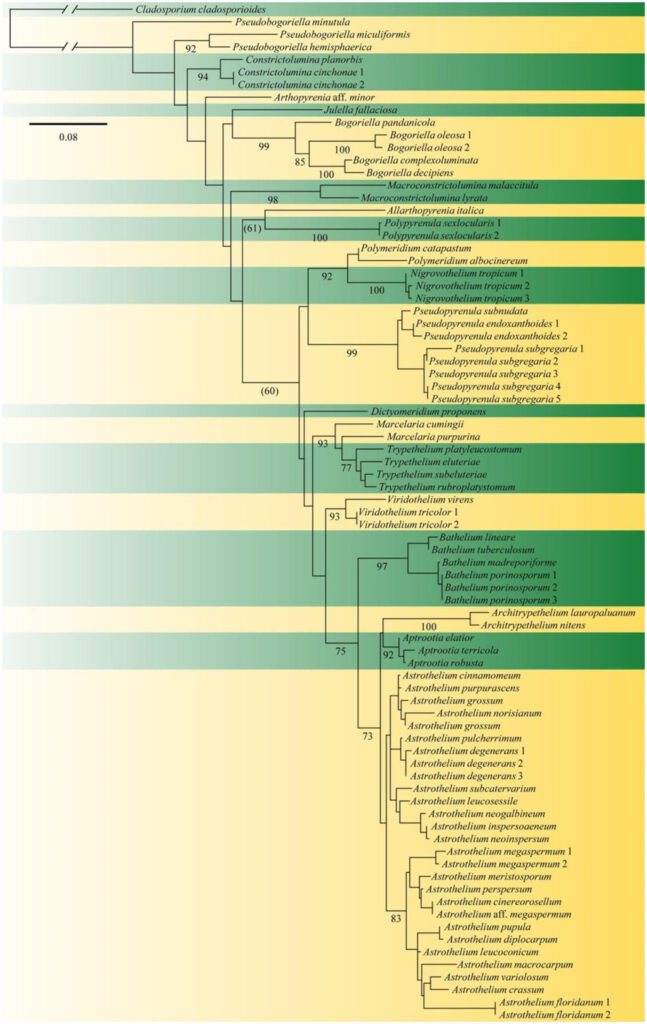 Fig. 77 Best-scoring maximum- likelihood tree of Trypetheliaceae, showing all currently sequenced and recognized genera, based on the mtSSU marker, with a length of 962 bases. The tree was reconstructed in RAxML 8, using the universal GTR-Gamma model without site partitioning, and the fnal likelihood was − 7368.672686. The currently accepted genera are highlighted