Etymology: – in reference to the morphologically similar genus Diluviicola

Saprobic on submerged bamboo or wood.

Notes: – Diluviicola aquatica was introduced based on its morphological similarities with the type species D. capensis in having black ascomata with a short, lateral neck and the same unfurling mechanism of ascospore appendages (Hyde et al. 1998, Zhang et al. 2017). However, D. aquatica is phylogenetically distant from D. capensis and forms a basal branch to Cataractispora and Pseudoproboscispora (Fig. 1). We notice that D. aquatica and D. capensis have different unfurling mechanisms of appendages. The appendages of D. aquatica initially coiled in the chambers of ascospores then unfurl from within the chambers after their release (Zhang et al. 2017). In contrast, the appendages of D. capensis are coiled in the conical cap which detached from the tip of ascospores once released in water and unfurl from within the cap (Hyde et al. 1998, this study). In addition, D. aquatica has clavate asci, while D. capensis has cylindrical asci.

Pseudoproboscispora has a similar appendage unfurling mechanism that is initially coiled and then unfurls in water to form long threads (Wong et al. 1999a), but lacks bipolar chambers containing coiled appendages. Instead, its appendages are initially proboscis-like, which also differ from D. aquatica. Therefore, we establish a new genus Neodiluviicola to accommodate D. aquatica. Different unfurling mechanisms of ascospore appendages of three genera and one species in Pseudoproboscisporaceae are summarized in Table 3. 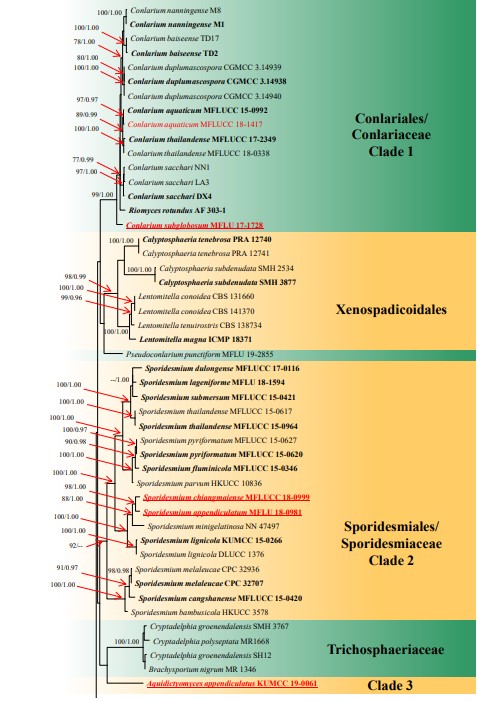 Figure 1 – RAxML tree generated from combined LSU, ITS, TEF and RPB2 sequence data. Bootstrap support values for maximum likelihood (the first value) equal to or greater than 75% and Bayesian posterior probabilities (the second value) equal to or greater than 0.95 are placed near the branches as ML/BYPP. The tree is rooted to Aureobasidium pullulans CBS 584.75 and Dothidea insculpta CBS 189.58. The ex-type strains are indicated in bold and newly generated sequences are indicated in red. The new species introduced in this study are underlined. 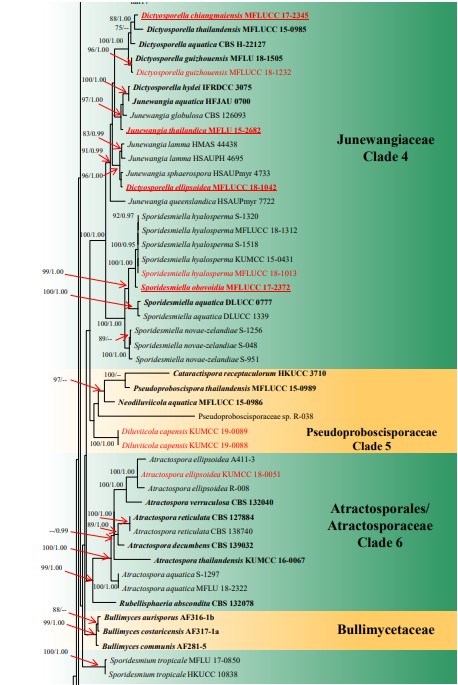 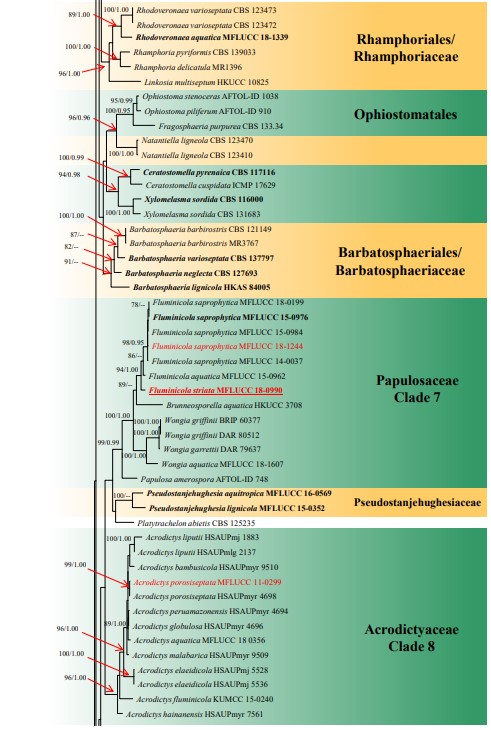 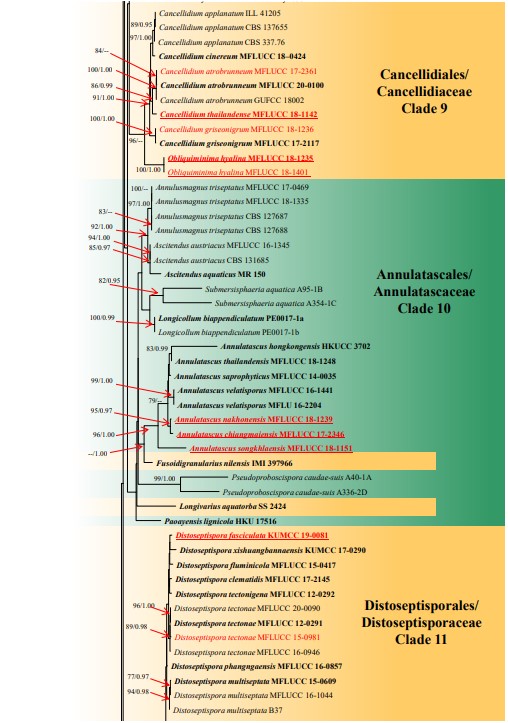 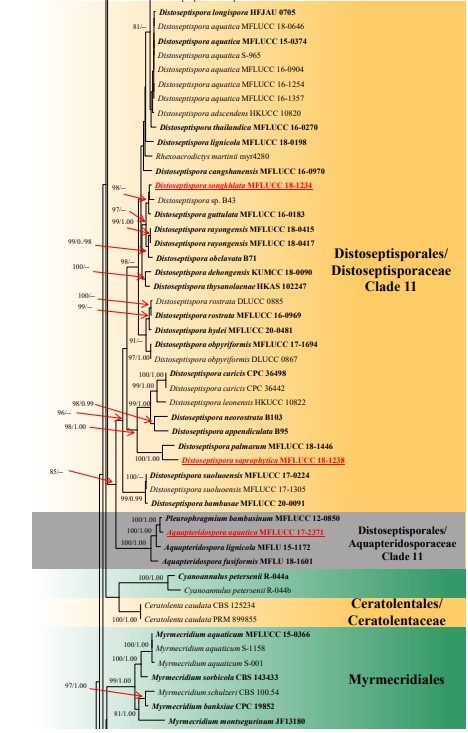 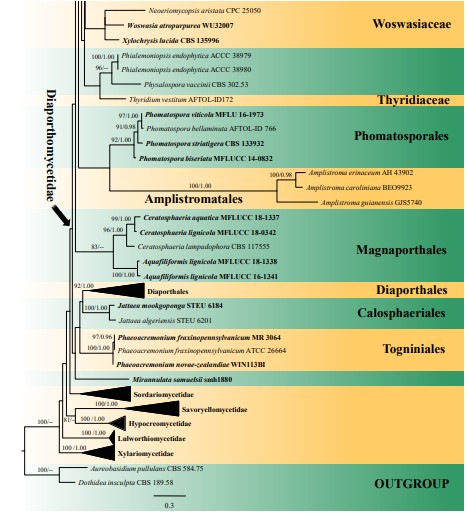