Diagnosis: Differing from Constrictolumina chiefly in the larger ascospores with granular ornamentation.

Etymology: The name refers to the relatively large ascospores.

Notes: –  This new genus accommodates the lineage phylogenetically separate from the Constrictolumina cinchonae group (Fig. 77), but which had so far been included in that genus (Aptroot and Lücking 2016; Lücking et al. 2016). The difference in ascospore size, in combination with the granular ornamented ascospore wall, appears to be consistent, but further species of both genera need to be sequenced to test this taxonomic hypothesis developed from the binning exercise (Fig. 80). 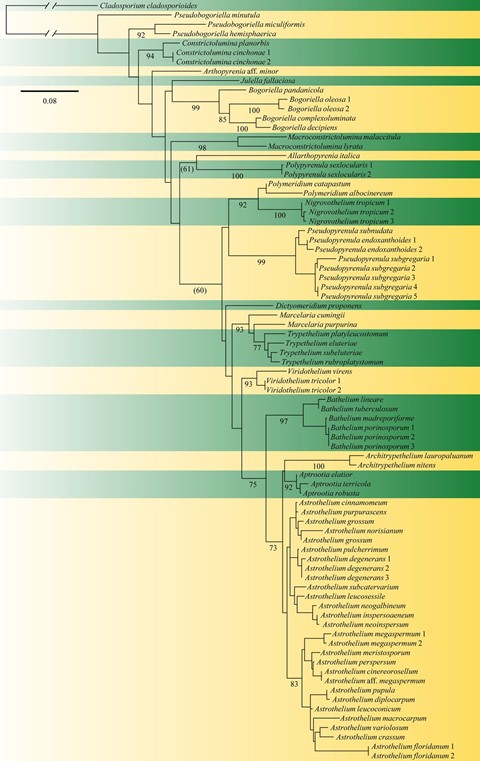 Fig. 77 Best-scoring maximum- likelihood tree of Trypetheliaceae, showing all currently sequenced and recognized genera, based on the mtSSU marker, with a length of 962 bases. The tree was recon- structed in RAxML 8, using the universal GTR-Gamma model without site partitioning, and the final likelihood was – 7368.672686. The currently accepted genera are highlighted 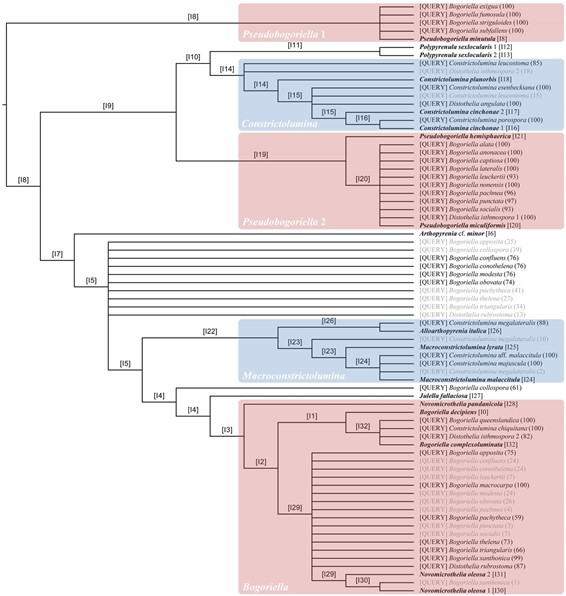 Fig. 80 Classification tree for non-sequenced species of Bogoriella sensu lato and Constrictolumina sensu lato [QUERY] based on phenotype-based phylogenetic binning into a molecular reference tree of sequenced species (in boldface). Numbers in parentheses behind each query taxon represent bootstrap support for the corresponding placement. Queries with alternative placements supported with less than 70% are greyed out