Etymology: Named after the country where it was collected, Thailand

Culture characteristics: Colonies on PDA, irregular in shape, reaching 10–20 mm in 6 weeks at room temperature,
black from above and below, umbonate, rough, dense, edge undulate. 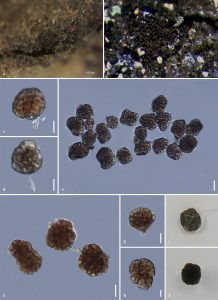