Canalisporium is the largest genus in Savoryellaceae comprising 16 species (Index Fungorum 2020). The latest treatment of Canalisporium was carried out by Hyde et al. (2020a) and this is followed in this study. 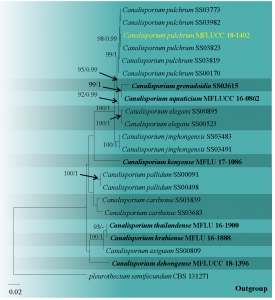