Distribution: The new species is currently only found in India.

Notes: Agaricus albostipitatus is characterized by its entirely white, smooth pileus; crowded lamellae with two series of lamellulae; a cylindrical stipe with slightly broader base coloured white all over that turns brownish orange on bruising; a supramedian annulus with smooth, brown upper side and fibrillose, white lower side; ellipsoid basidiospores measuring 7.9–8.2 × 5.4–5.8 μm, and pyriform to ovoid cheilocystidia (11–21 × 6–10 μm).

Considering the overall morphological features and phylogenetic analyses (Figs. 3–4), Agaricus albostipitatus appears related to A. argyropotamicus Speg., and A. inilleasper T. Lebel. However, A. argyropotamicus differs from A. albostipitatus by its smaller basidiospores (5.5–7.5 × 4.3–5.4 µm) and almost indistinguishable cheilocystidia (Kerrigan 2016; Liu et al. 2020). Agaricus inilleasper has fused pileus margin with the stipe, and ellipsoid to subglobose, somewhat differently sized basidiospores measuring 6.0–8.0 × 5.0–7.0 μm (Lebel and Syme 2012) compared to A. albostipitatus.

In the phylogenetic analyses (Fig. 3–4), the newly described taxon, Agaricus albostipitatus, clustered together with well-represented members of the sect. Agaricus of subg. Agaricus confirming its position within that section and subgenus. In the ITS sequence based phylogenetic tree (Fig. 3), two newly generated sequences of A. albostipitatus (CUH AM688 and CAL 1871) cluster together with five unnamed sequences of Agaricus species (ZRL2010103, LD201247, F2272, ZRL2010102, and ZRL2010010) with strong statistical support values (99% BS, 1.00 PP) suggesting all of them to be the morphotype of the same taxon. However, other than the sequence data, no other morphological features were associated with those sequences in any published literature for comparison of those specimens with the newly described species. 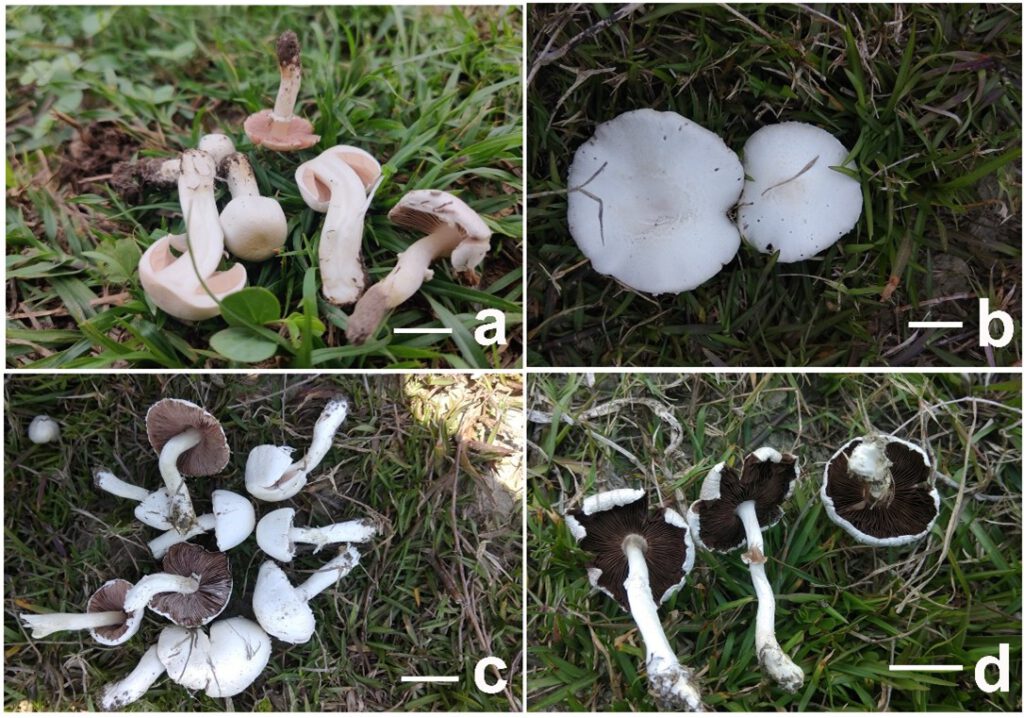 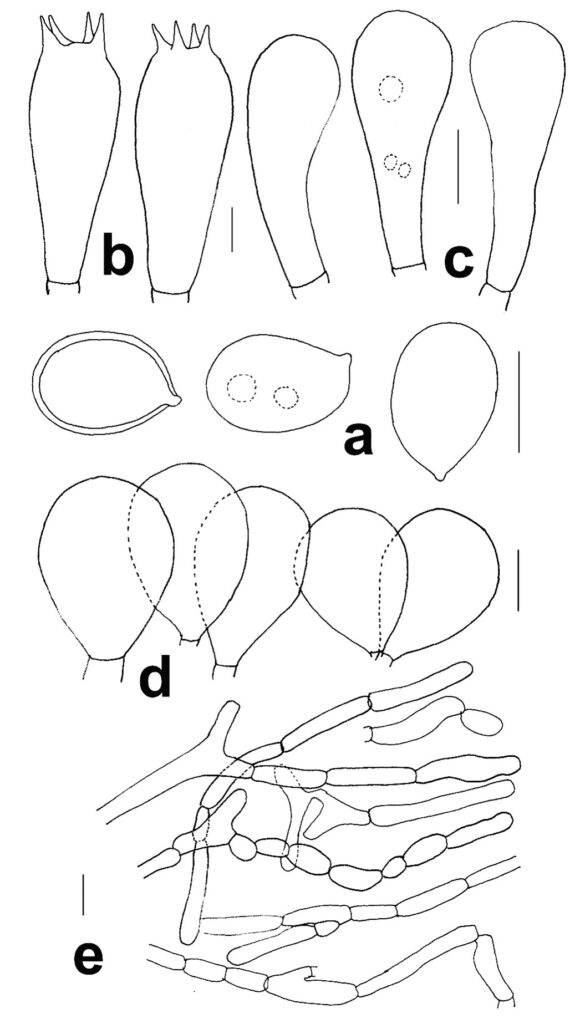