Etymology: From the family Trochilidae (hummingbirds) and –spora. 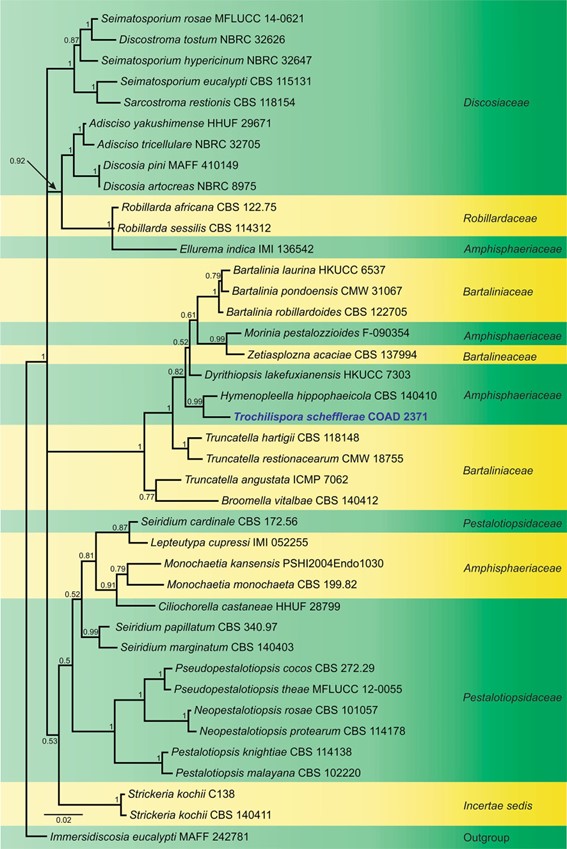 Fig. 125 Phylogram generated from Bayesian Inference analysis based on combined ITS and LSU sequence data for several closely related genera in Amphisphaeriales. Sequence data of ex-type or ex- epitype cultures are taken from Senanayake et al. (2015) and the closest hits of GenBank database were included in this study. The combined genes sequence analysis included 40 taxa, which comprise 1405 characters (591 characters for ITS, 814 characters for LSU), and outgroup taxon Immersidiscosia eucalypti (MAFF 242781). Bayesian posterior probability are indicated at the nodes, and values equal or greater than 0.95 are in bold. Isolate numbers are indicated after species names. The ex-type or ex-epitype strains are in bold and black. The newly generated sequence is indicated in bold and blue