Diagnosis: Characterized by its applanately hemispherical perithecia that are covered by thallus except for the uppermost portion, and by rather short asci.

Etymology: The epithet refers to the macroconidal appendages becoming long and filiform in squash mounts.

Chemistry: No substances detected by TLC.

Ecology and distribution: The new species grows on leaves in wet tropical forest in southern China. At present, it is known only from the type locality, but documented by numerous specimens. 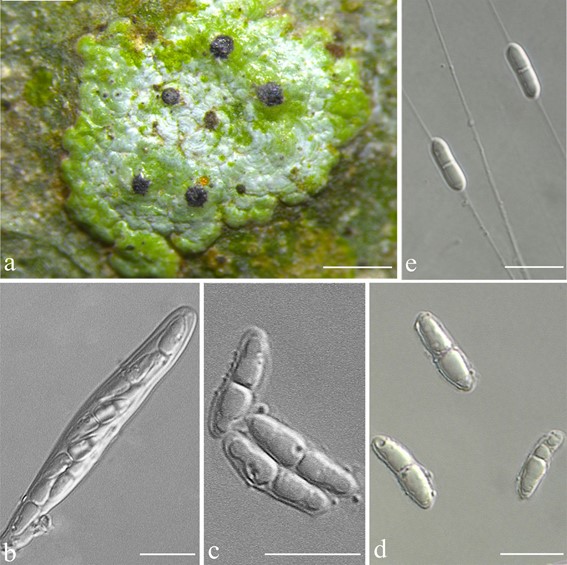