Etymology: The specific name “septata” refers to the septum observed in mature conidia 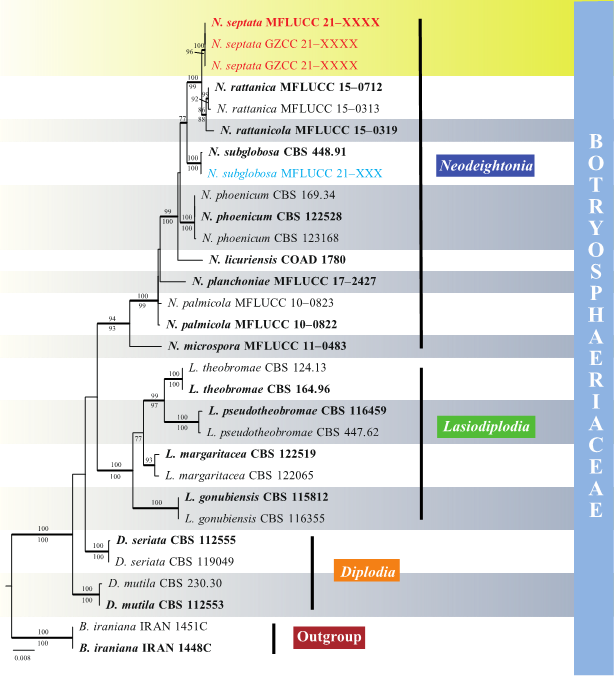 FIGURE 1. Phylogenetic tree generated from maximum likelihood (ML) analysis based on combined ITS, LSU, SSU and tef sequence data for selected closely related genera within the family Botryosphaeriaceae. Bootstrap values for maximum likelihood (ML) and maximum parsimony (MP) equal to or greater than 75% are placed above and below the branches, respectively. Bayesian posterior probabilities (BYPP) equal or greater than 0.95 are denoted in thickened branches. The strain numbers are mentioned after the species names. Ex-type strains are indicated in bold. The isolates of newly introduced species are in red and new collection of the previously known species is in blue. The tree is rooted with two isolates of Barriopsis iraniana (IRAN 1448C, IRAN 1451C). 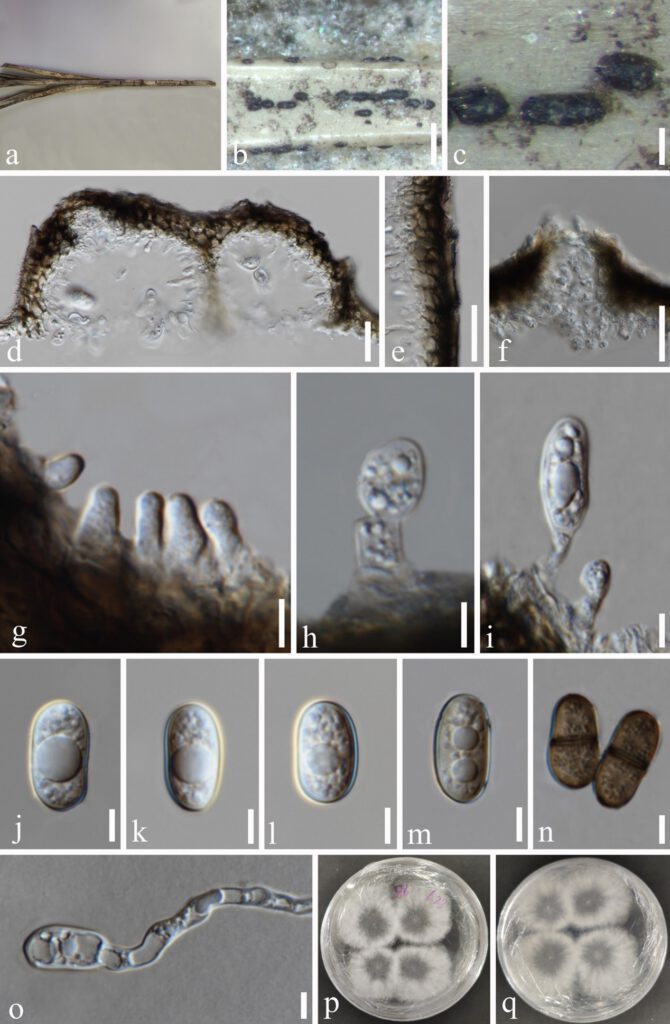