Notes – Harknessia species have been recorded in wide variety of habitats and normally they appear as leaf spots, wherein leaves with tip-dieback or leaf scorch and stem cankers occur (Crous et al. 1989, Wijayawardene et al. 2016b). Some species have been recorded from leaf and twig litter (Marincowitz et al. 2008). However, the pathogenicity of Harknessia species on host plants is not proven yet, since nobody has resolved it experimentally. Harknessia species with hyaline conidia and apical appendages were transferred to Mastigosporella by Höhnel (1917c), and species with brown conidia with apical and basal appendages were placed to Apoharknessia (Lee et al. 2004), whereas species with very thick conidial walls and longitudinal slits were included in Dwiroopa (Farr & Rossman 2003). Harknessia has enough molecular support to accommodate in a distinct lineage in Harknessiaceae. Currently, there are 74 Harknessia epithets in Index Fungorum (2020). 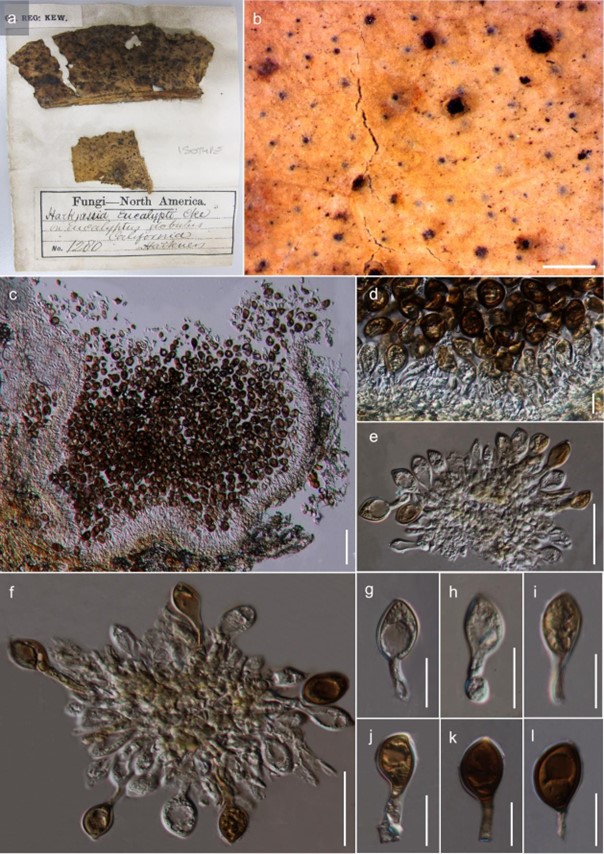