Notes – Extremaceae was introduced by Quaedvlieg et al. (2014) and validated by Crous et al. (2019b). Quaedvlieg et al. (2014) originally included five genera. Isola et al. (2016) introduced Saxophila to this family based on morphology and phylogeny. Most of the species in Extremaceae are rock-inhabiting taxa. However, there are also saprobic species, such as Pseudoramichloridium henryi. In addition, some taxa were isolated from soil, for example P. brasilianum and P. xinjiangens (Arzanlou et al. 2007, Jiang et al. 2017). 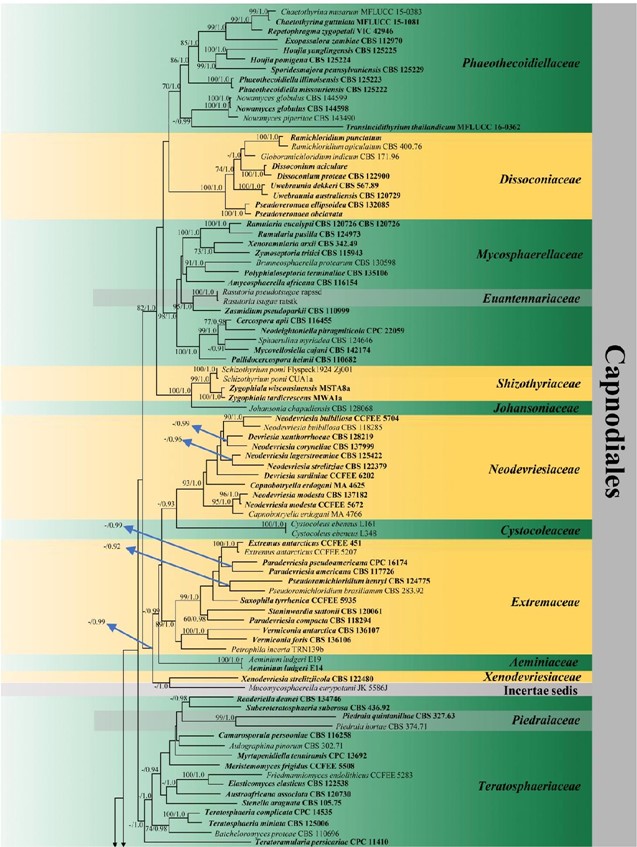 Figure 3 – Phylogram generated from maximum likelihood analysis (RAxML) of Capnodiales based on ITS, LSU and rpb-2 sequence data. Maximum likelihood bootstrap values equal or above 70 %, Bayesian posterior probabilities equal or above 0.90 (MLBS/PP) are given at the nodes. An original isolate number is noted after the species name. The tree is rooted to Elsinoe phaseoli (CBS 165.31). The ex-type strains are indicated in bold. Hyphen (-) represents support values below 70 % MLBS and 0.90 PP. 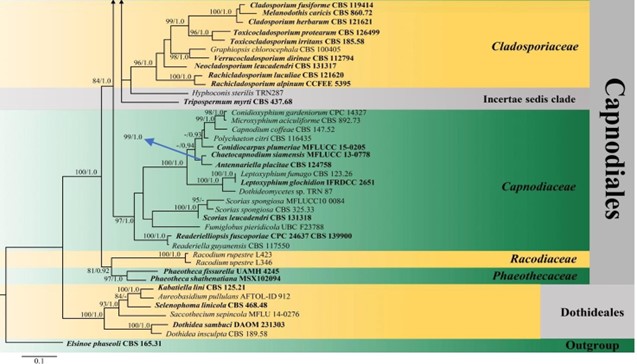