Habit, habitat and distribution: solitary on a dead wood, widely distributed in tropical, subtropical or even temperate regions of many parts of the world, May to September. Our collection was collected on a decaying wood near Doi Suthep Pui national park, Chiang Mai.

Notes: Cyptotrama asprata was first described from Sri Lanka. It is widely distributed in South and Southeast Asia (Sri Lanka and Laos), East Asia (China, Japan and Korea), New Zealand, Hawaii, and Central America (Martinique and France) (Berkeley 1847; Redhead and Ginns 1980; Yang 1990; Moreau et al. 2015; Qin and Yang 2016). Cyptotrama chrysopepla morphologically resembles to C. asprata because of its’ gold yellow and scruffy appearance, but differs by having smaller squamules, hymeniderm pileipellis, thick walled elements in squamules of stipe, the non-acute subcapitate pleurocystidia and larger basidiospores (8.5–13 × 6.5–10 µm). This is the first report of C. asprata with the molecular phylogenetic confirmation from Thailand. 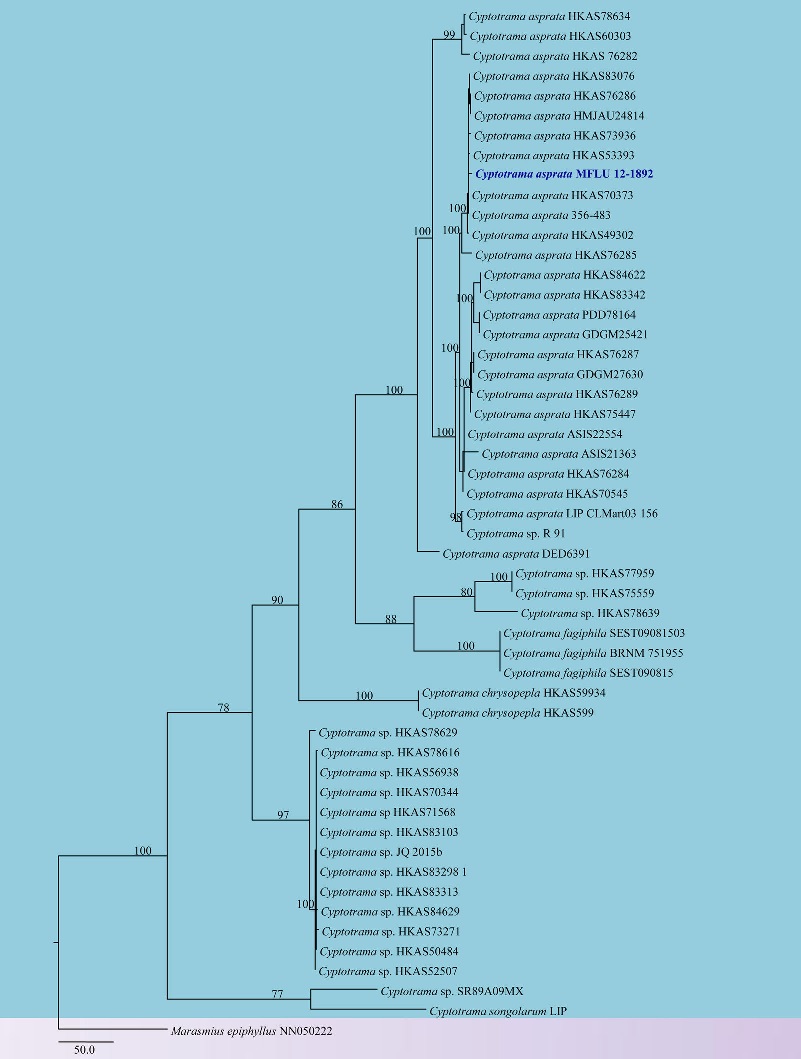 Phylogenetic relationships inferred from maximum parsimony analysis of ITS-rDNA sequences of 52 taxa. The percentages of replicate trees in which the associated taxa clustered together in the bootstrap test (1,000 replicates) are shown next to the branches. The tree is drawn to scale, with branch lengths in the same units as those of the evolutionary distances used to infer the phylogenetic tree. The new Thai record: Cyptotrama asprata having GenBank accession number KY649460 and herbarium number MFLU 12-1892 is shown in bold and blue. The topology is rooted with Marasmius epiphyllus. Evolutionary analysis was conducted in PAUP 4.0b 10. 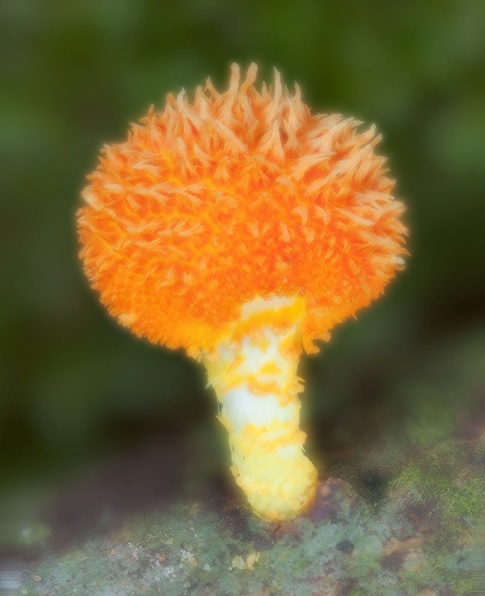 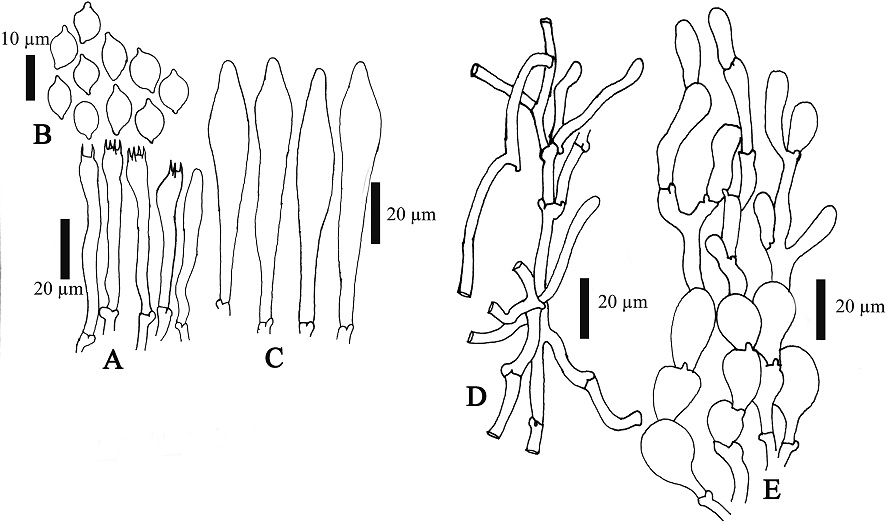