Notes: Colletotrichum siamense has been reported as pathogen on a wide range of host plants. A total of 387 host records are available for C. siamense (including the synonyms mentioned above) in USDA fungal database. Among the 387, 39 records are reported from India. The common and agriculturally important host plants recorded are Gossypium hirsutum, Mangifera indica, Psidium guajava, Saraca indica and others. However, this report forms new record for C. siamense on Alstonia scholaris from India. 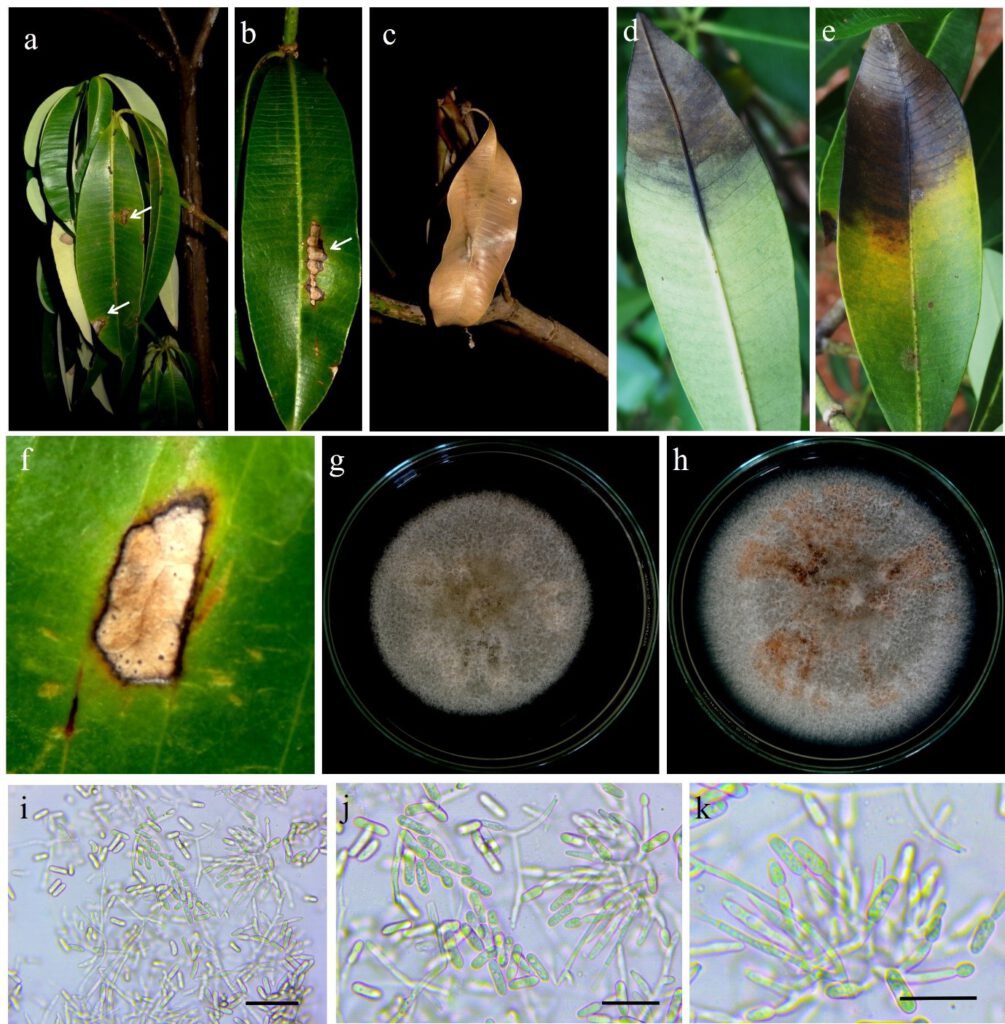