Rossman et al. (2013) linked Bionectria with Clonostachys. Being the older and most common name, Clonostachys was prioritized over the other. We provide the updated phylogeny for this genus. 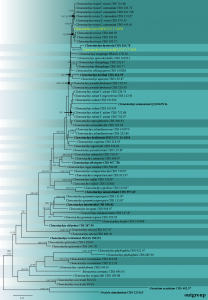