Habit and habitat: Solitary or gregarious on soil, tree stumps or rotten wood in forests dominated by Fagaceae

Distribution: originally described from India; then reported from southeast Asia, east Asia and Australia, this is the first report from Sri Lanka with morphological characteristics and phylogenetic data.

Notes: Boletellus emodensis is characterized by its purple to dull red pileus, yellowish context in both pileus and stipe that rapidly and strongly turn to blue when injured or bruised, ridged basidiospores with fine striations on the ridges can be observed under the high power of light microscope. This is the first report of B. emodensis with the molecular phylogenetic confirmation from Sri Lanka.

Phylogenetic relationships inferred from maximum parsimony analysis of ITS-rDNA sequences of 28 taxa. The percentages of replicate trees in which the associated taxa clustered together in the bootstrap test (1,000 replicates) are shown next to the branches. The tree is drawn to scale, with branch lengths in the same units as those of the evolutionary distances used to infer the phylogenetic tree. The new Sri Lankan record: Boletellus emodensis having GenBank accession number KY649458 and herbarium number MFLU 12-1214 is shown in bold and blue. The topology is rooted with Boletus sp. Evolutionary analysis was conducted in PAUP 4.0b 10. 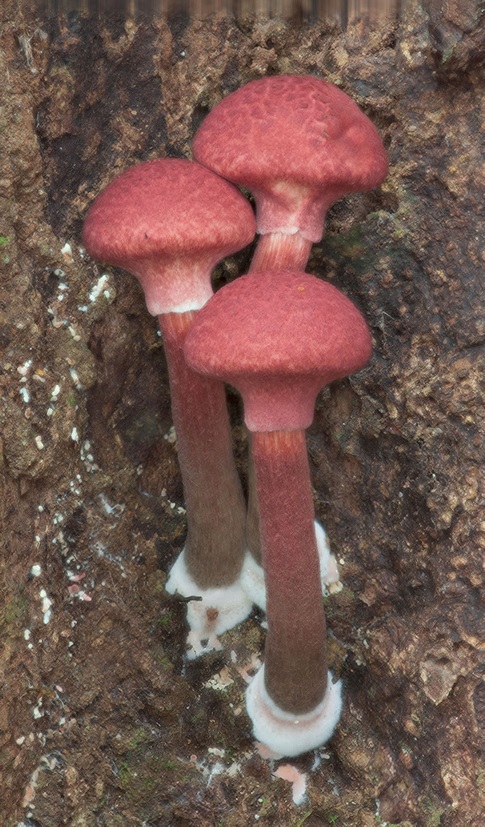 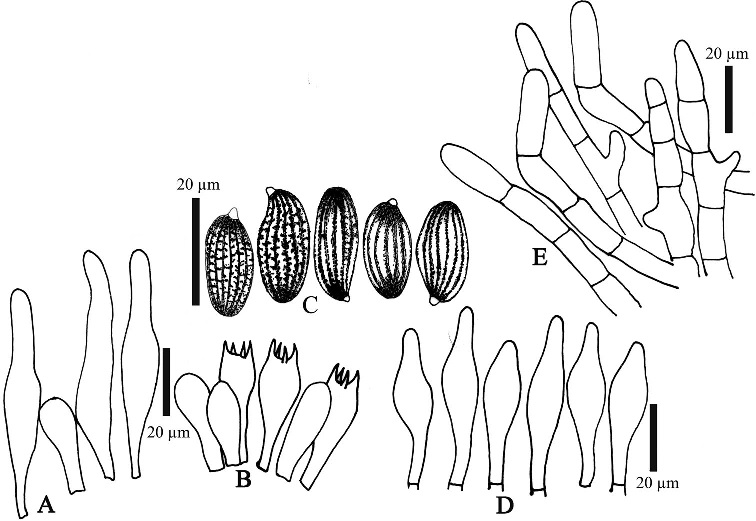