Notes: The macroscopic and microscopic details of the above collections are in full conformity with the details of Agrocybe pediades (Fr.) Fayod previously known as Agrocybe semiorbicularis given by Watling (1982), Watling and Taylor (1987) and by Breitenbach and Kränzlin (1995). The caulocystidia are reported from the sections cut from the apical part of the stipe only by Breitenbach and Kränzlin (1995), but in our collections the caulocystidia were not seen. Further in present collection pleurocystidia are present which are not described in the available literature. It is a well documented fungus from India named under Agrocybe semiorbicularis. Earlier Indian record was by Rawla et al. (1982) from Chandigarh; Abraham (1991) recorded it from Kashmir. Later Natarajan and Raman (1983) reported it from Tamil Nadu; Farook et al. (2013) documented it in a checklist of agarics from Kerala, India that Mohanan (2011) and Thomas and Manimohan (2003) reported this as Agrocybe temulenta (Fr.) Singer which is distributed over Wayanad, Malappuram and Idukki in Kerala. The present documentation of species is first of its kind from district Patiala of Punjab. Consumption Habit: It is an edible fungus according to Wood & Stevens (1997–2013). But according to Phillips (2001–2013), it is too small and easily confused with other Little Brown Mushrooms and hence is a poisonous suspect too, thus should be avoided. 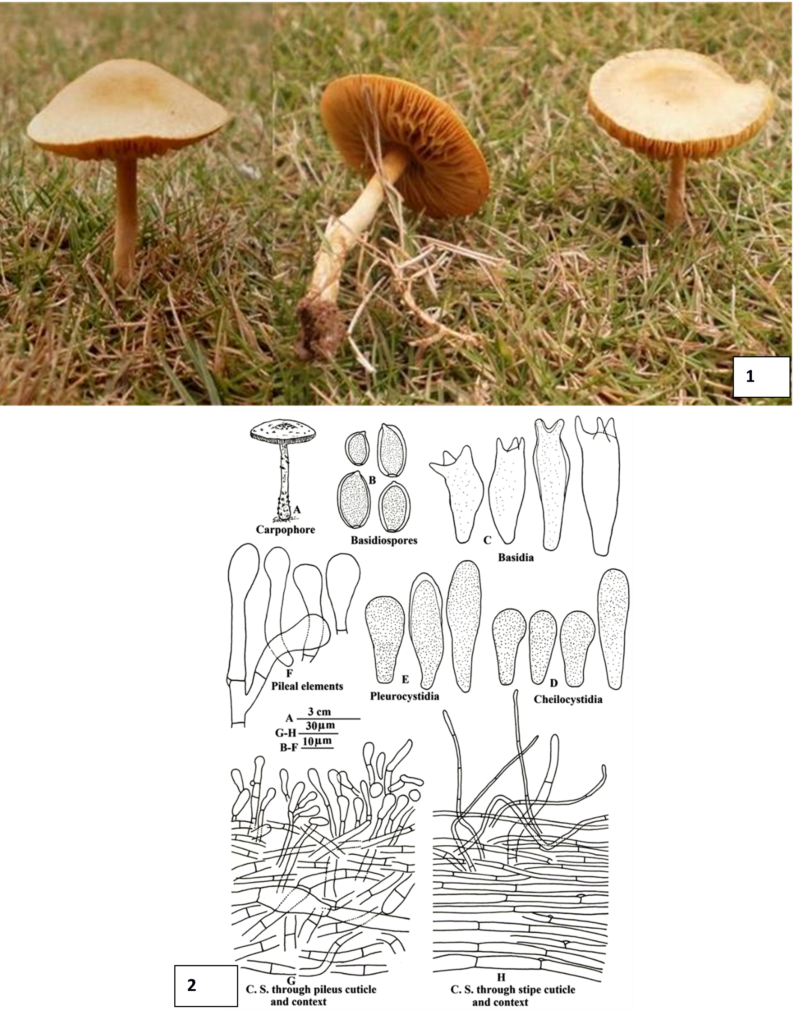